This post is a month late.  I’ve wrote most of it but never got around to collecting and uploading the pictures.  Anyways, here’s the ride report from a fun trip with friends and family back in the middle of April.

After a bit of back and forth with my sister earlier this year, we settled on a date for a mountain biking / bikepacking trip during a week that she had 5 days off work.  The plan was to ride the Kokopelli Trail, a collection of single track and double track spanning 158 miles from Loma, Colorado to Moab, Utah.  The terrain consist of canyon ridges with scenic views of the Colorado River, a climb up part of the La Sal mountain range, and an amazing decent down the famous Porcupine Rim Trail into Moab.  An epic blend of all that is great in mountain biking.

The riding crew originally consisted as myself, Krista, and Dennis.  As I mentioned the trip to a few friends the group grew.  Luke Michals and Dom Trom didn’t need much arm twisting to join the fun.  Krista even convinced our parents to come out, so we were lucky enough to have a support vehicle for the trip.  Everyone was flying in Thursday night.  Krista had route details all figured out and weather had been great.  I flew out a week early to hang out and work remote.  We scouted out several camping options during a day trip to do some riding in Moab.  We were all set for the big ride.  And then…

Unfortunately, mother nature had other plans for us.  The day before the trip the skies opened up bringing snow and rain.  The ground in the area consist of slick rock, sand, and bentonite clay.  Combining bentonite clay and water has interesting results.  Given the right amount of rain, the trails conditions actually improve, making the ground dust free and tacky for extra cornering grip.  Too much moisture, and you have a sticky heavy mess that dries to you bike like concrete.  With more rain in the forecast, the delicate tipping point was sure to go from grippy clay to sticky mess.  So, we looked toward Moab where we could ride trails that consisted mostly of slick rock.

Despite our foiled plans to ride the Kokopelli Trail, the trip was still a great success.  Nothing like a good desert ramble with friends and family to leave you feeling rejuvinated.  The trip was full of laughs, great riding, and amazing scenery.

Original planned start day of the Kokopelli.  It rained all damn day.  We spent the morning trying to figure out how to cram everything and everyone into one vehicle.  I scored a hitch rack in a frenzied morning craigslist hunt and after installing it we were off.  There was no riding to be had today with the rain so we did what any respectable cyclist would do… head to the brewery of course!

We finished the day adventuring across flooded rivers and muddy roads to find a campground.  I insisted we keep forging ahead to the more remote campgrounds, but I think my mom was about to strangle my dad who was driving.  Campground B it was ;). 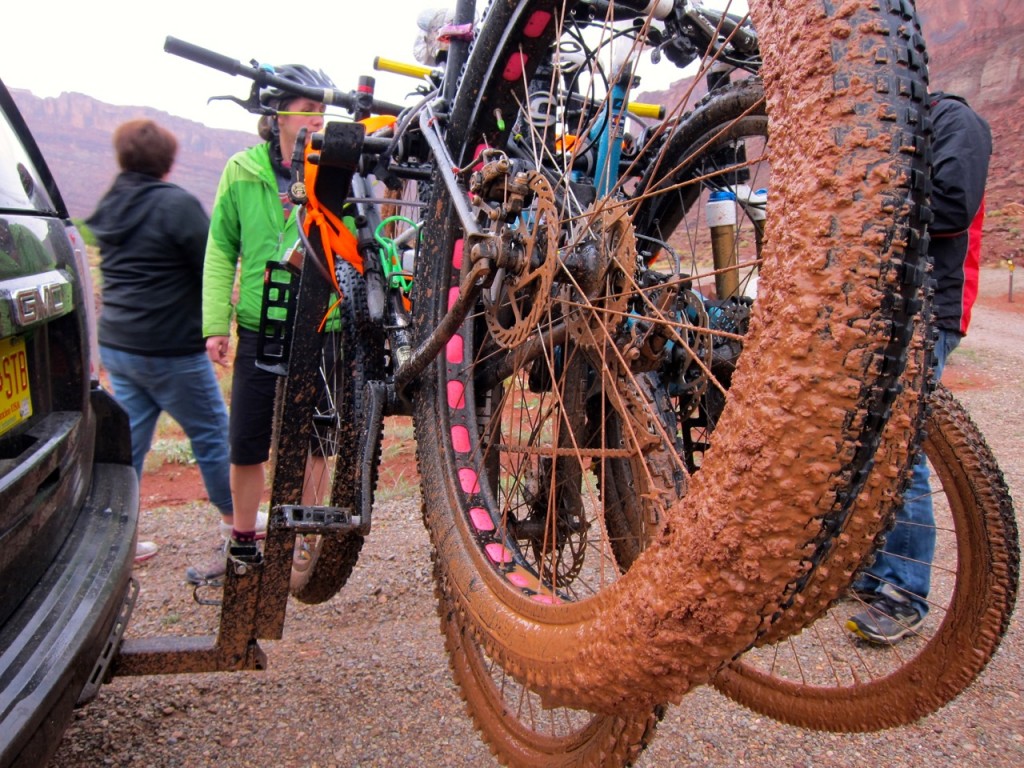 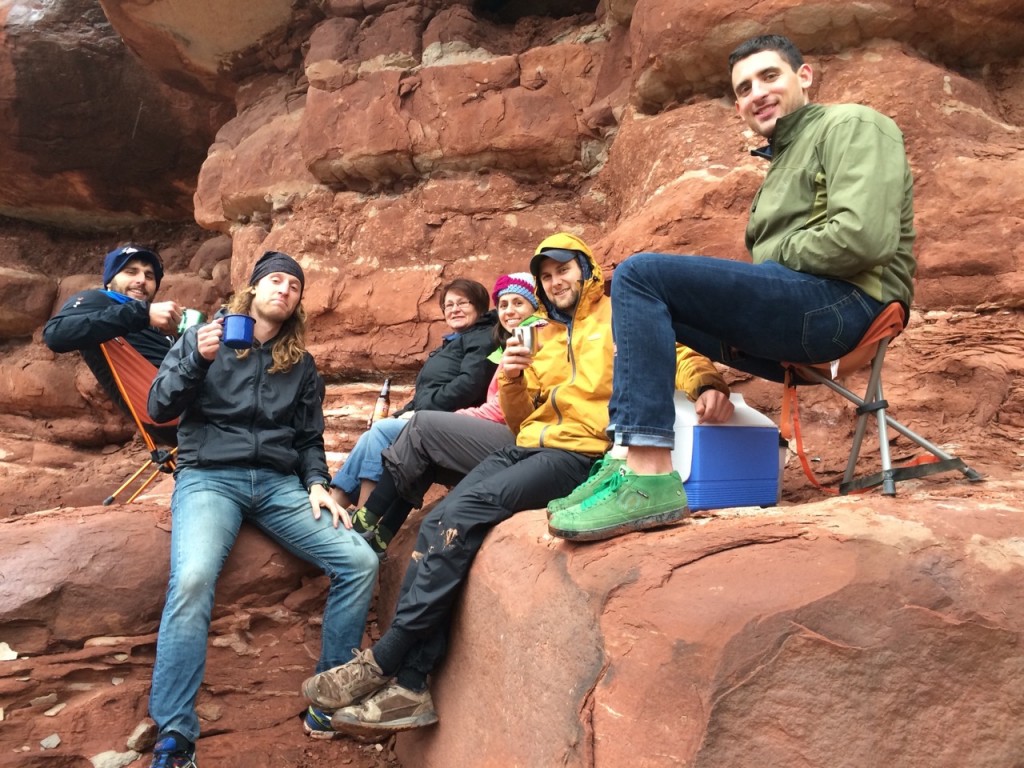 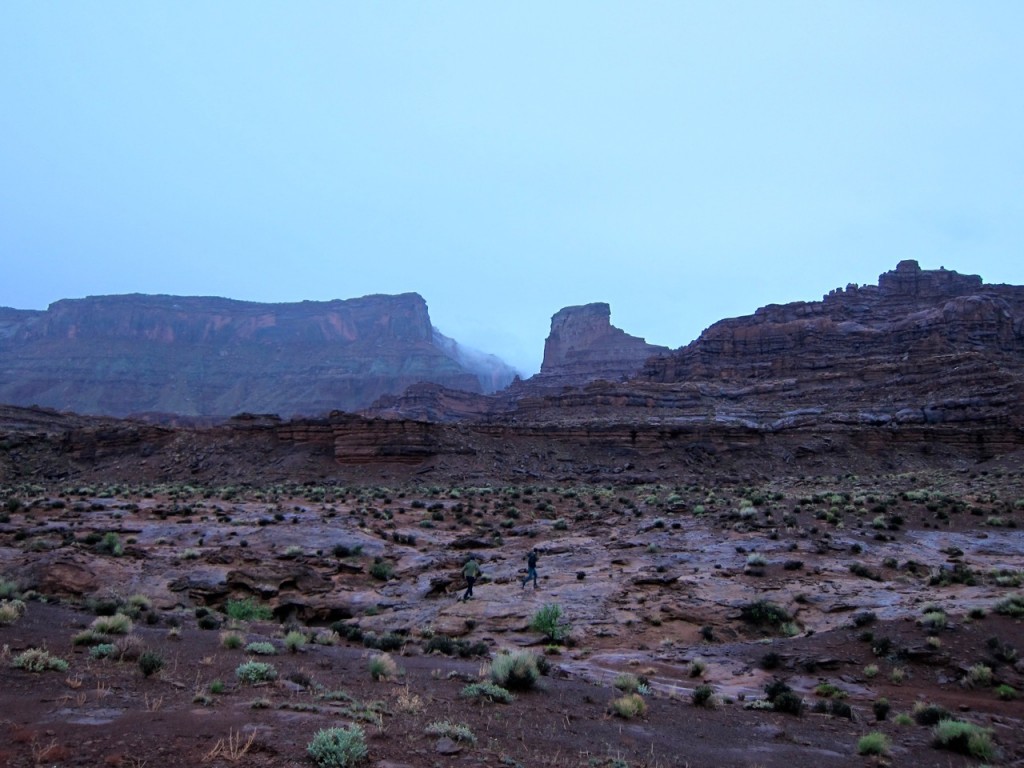 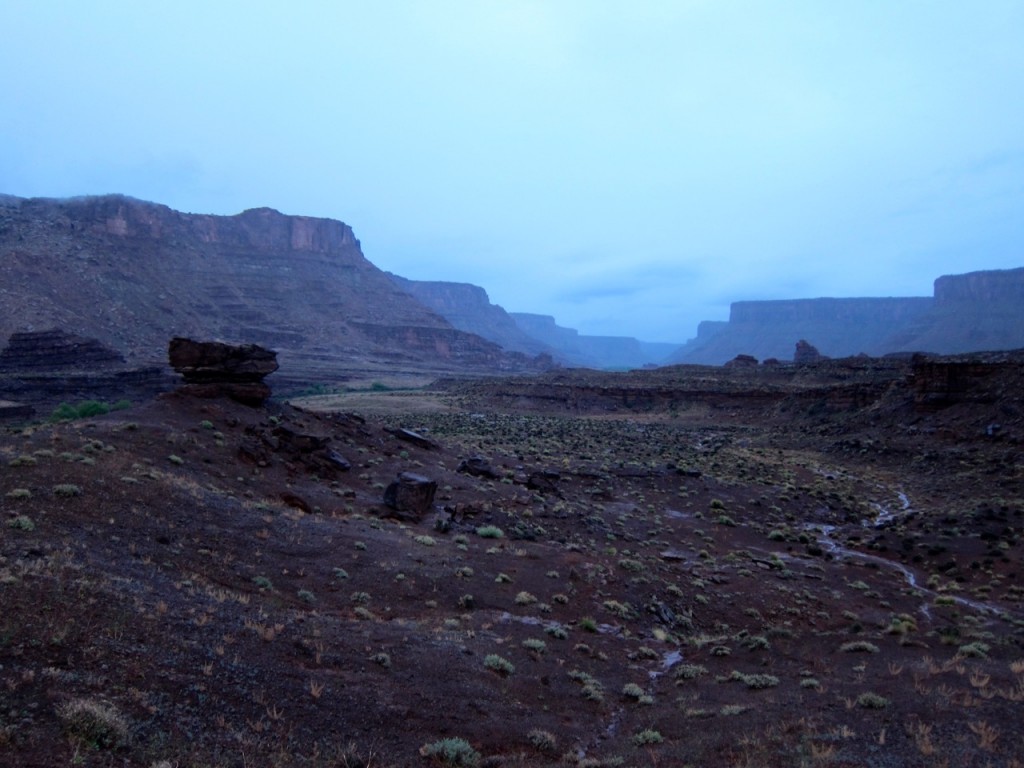 Riding anything that wasn’t largely slick rock today was pretty much out of the question today with all of the rain.  We decided to start the day with a ride on Captain Ahab trail, followed by some riding at the Bar M Loops.  The trails were in great condition and despite our original riding plans we still got our share of miles in.  After finishing up at Bar M, the rain found us again but passed quickly.

After the days rides we sought off to explore more camping options.  Unfortunately (or perhaps fortunately) the campgrounds we checked were all full.  On we drove to some of the more remote areas where someone at the bike shop had told us about the day before.  Sure enough, we found a “weed out route” seperating the cars from the higher clearance all-wheel drive vehicles.  After a little off-roading we came across a great spot to settle for the night.  Some threatening storms put on a great show to the north of us this evening while we cooked dinner and set up camp.  Luckily, they stayed away just long enough for us to finish up and get into bed.  More rain through the night… 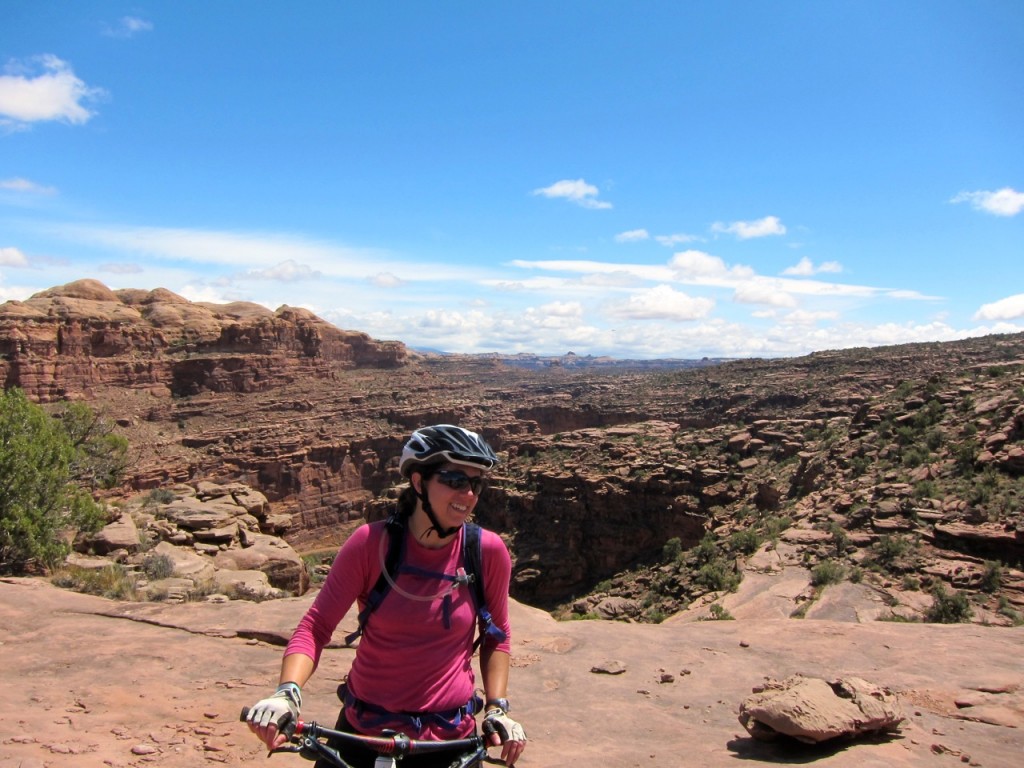 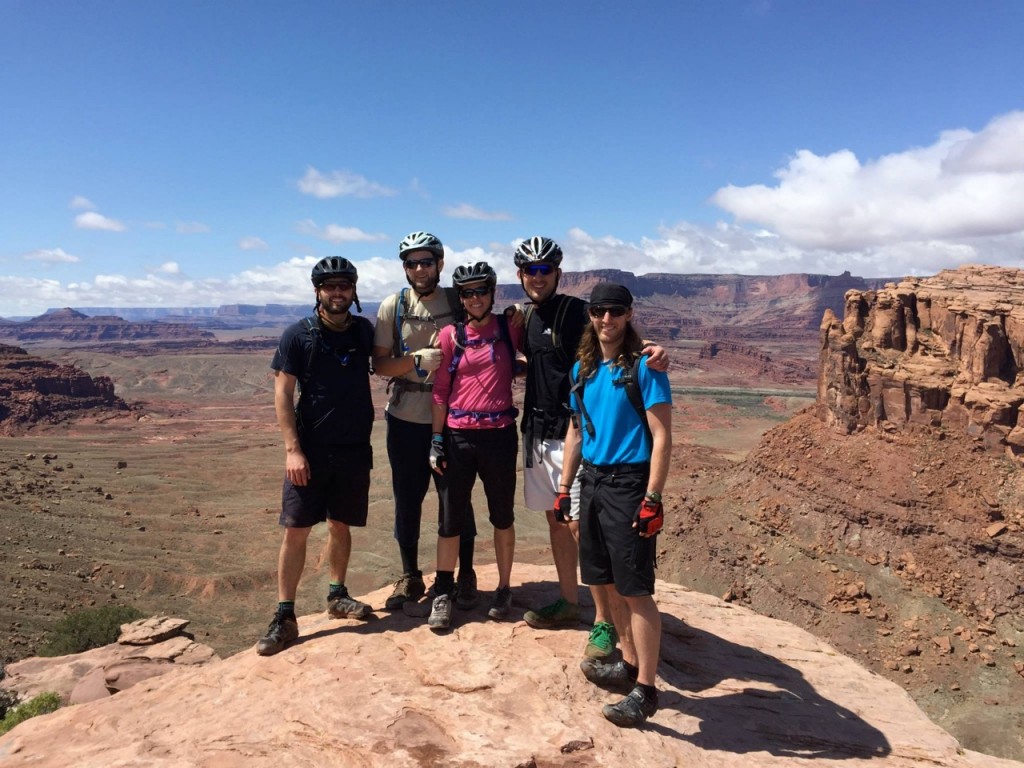 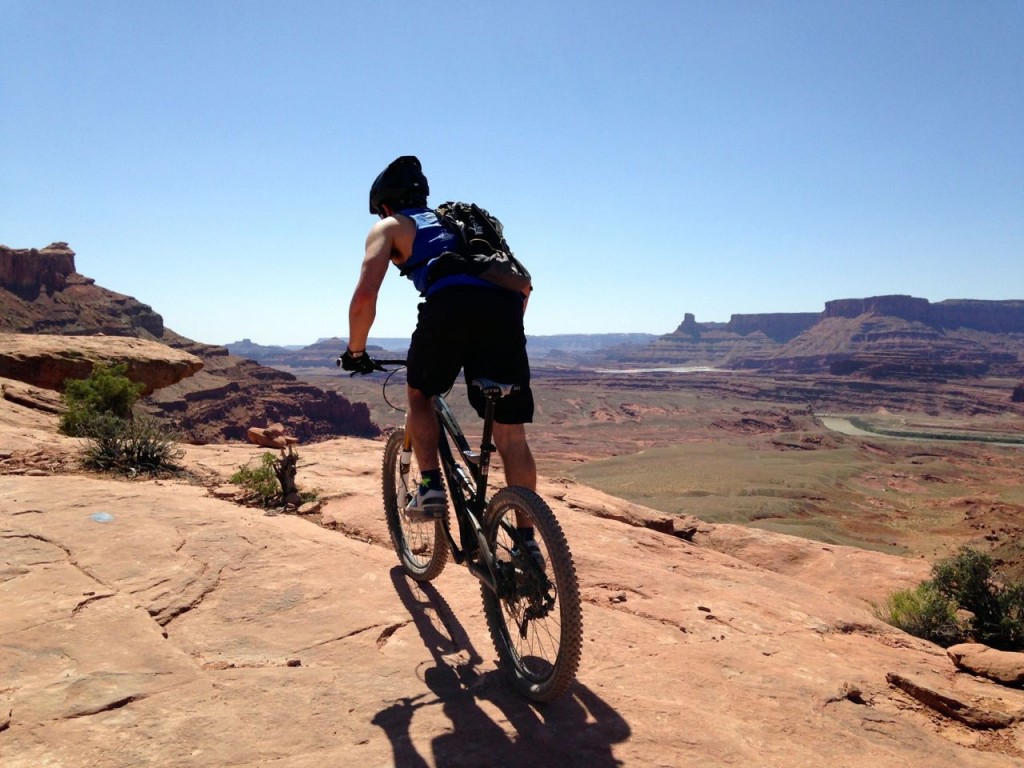 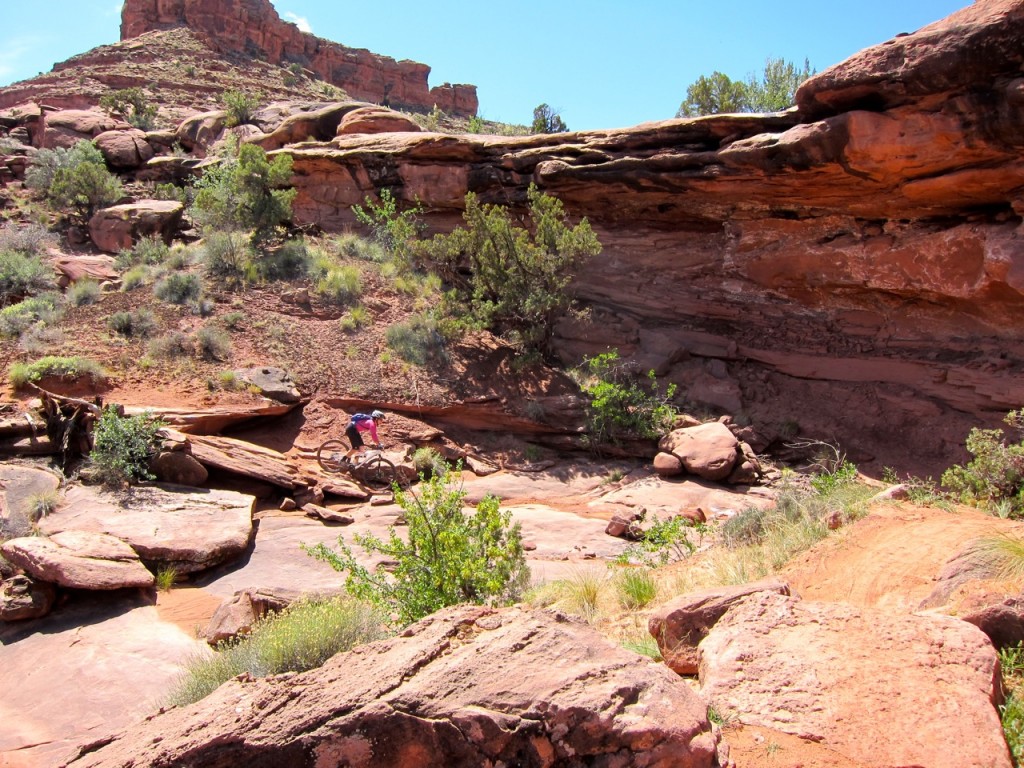 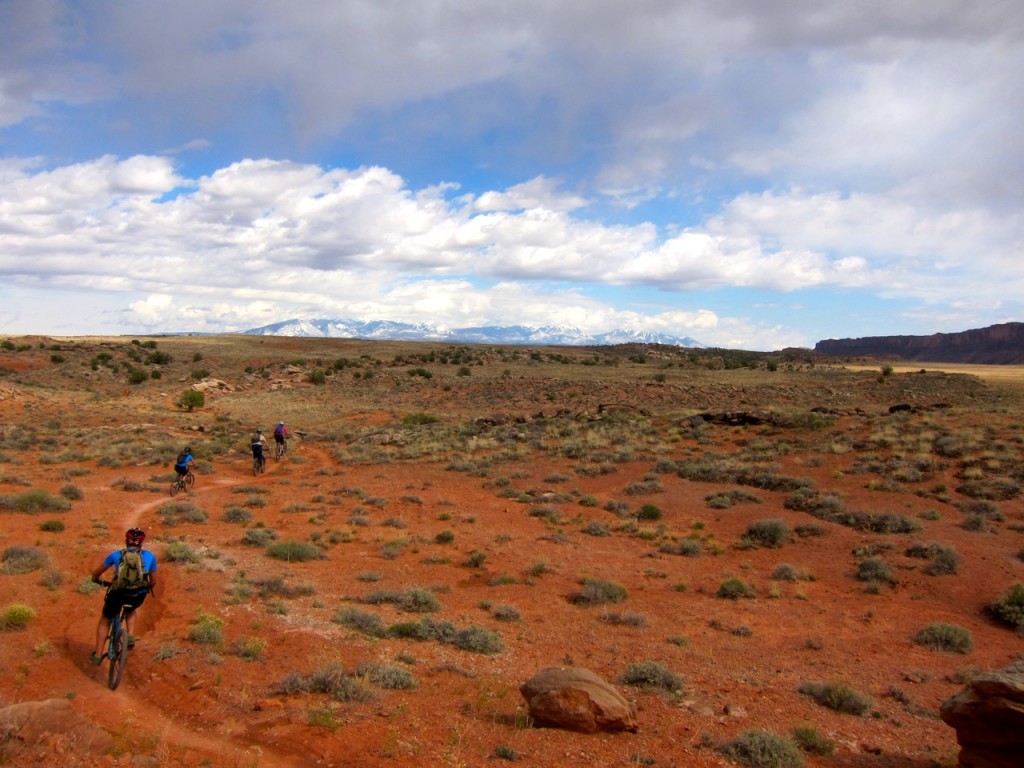 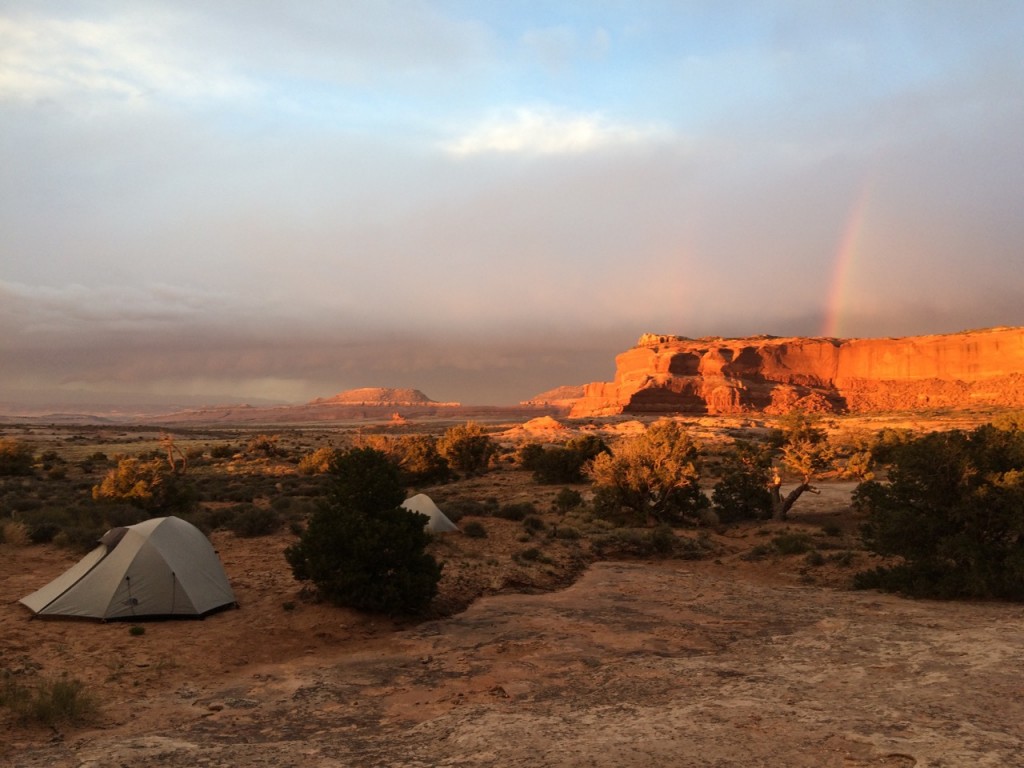 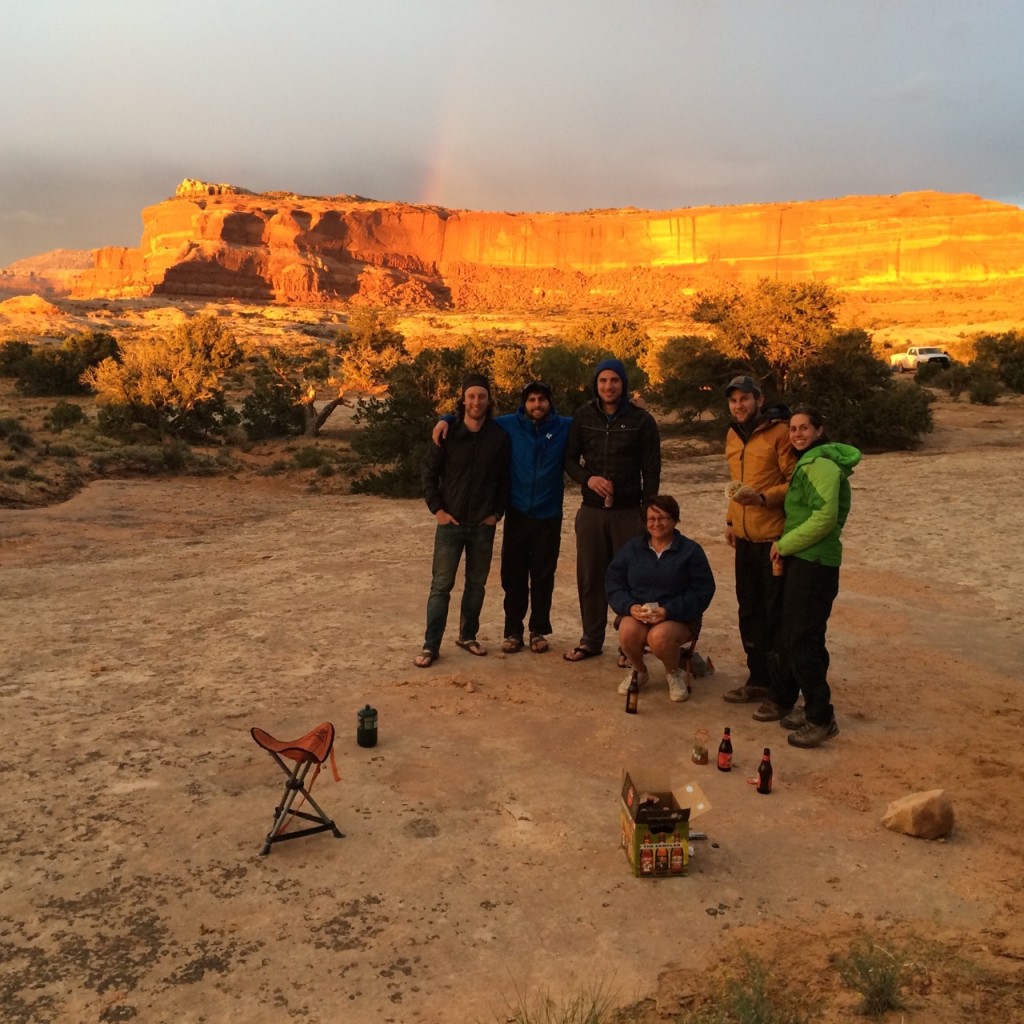 After waking up to sunshine and amazing views, we aimed our sights back towards Colorado.  It was Sunday and we planned to head to Rabbit Valley on the western rim of the Colorado River.  This was going to be the only section of the Kokopelli Trail that we would actually ride.  We arrived at the campsite area which was a decent spot, but per usual we decided to press onward and look for better remote sites.  Our efforts were rewarded as we landed an awesome free campsite at the foot of a giant lonely rock.  Krista, Dennis, Jeff all headed into town for some groceries while the rest of us explored the area.  Several shenanigans later they returned and we set off to ride the Western Rim Trail.  Winding along the river atop the steep canyon walls provided some of the best views of the trip.  Of course, a ride wouldn’t be complete without some rain… or lightning for that matter.  The storms broke when we got back to camp.  The rest of the evening was enjoyed with great food, beers, and hilarious campfire games.  “Who goes there?!” 🙂 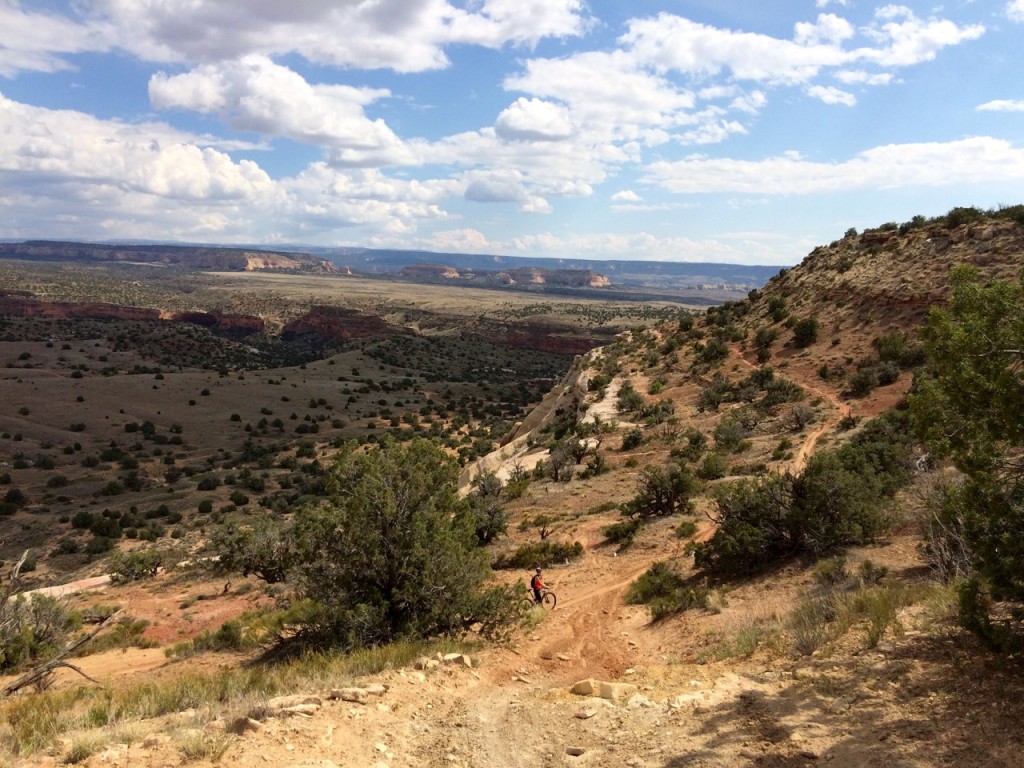 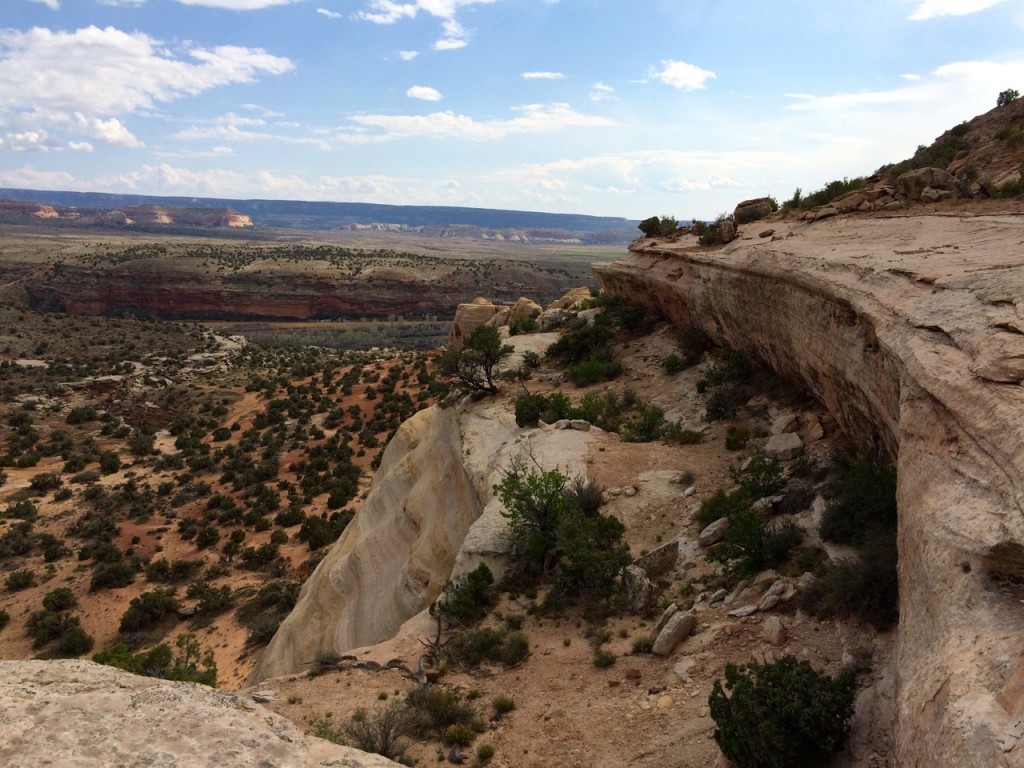 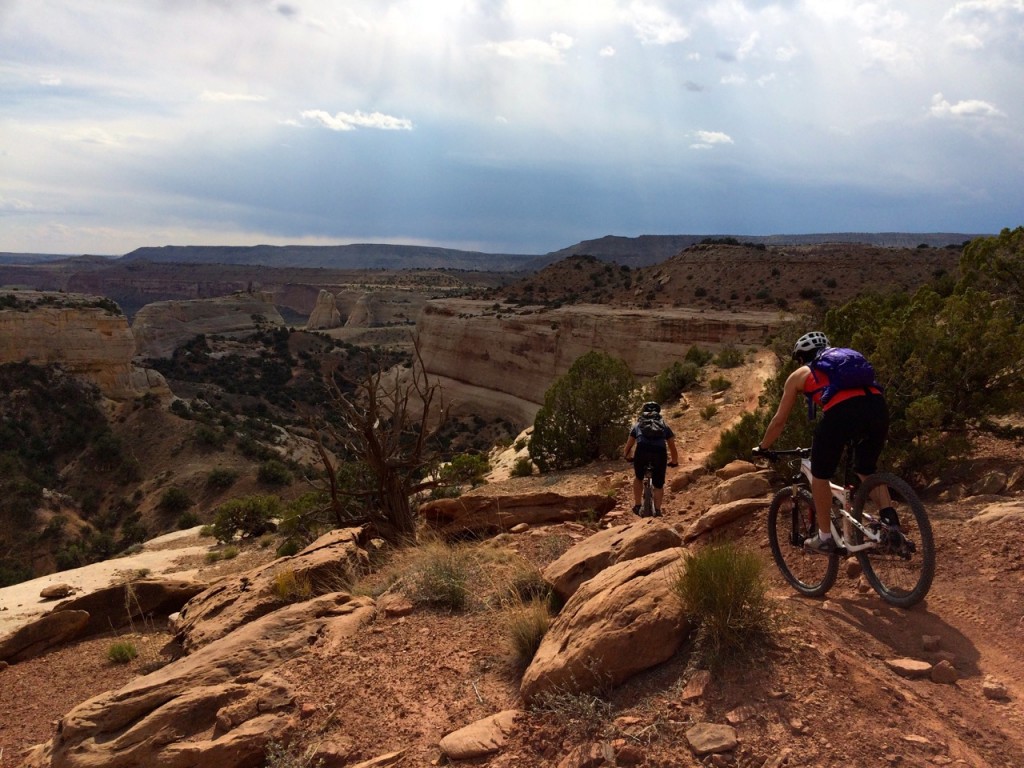 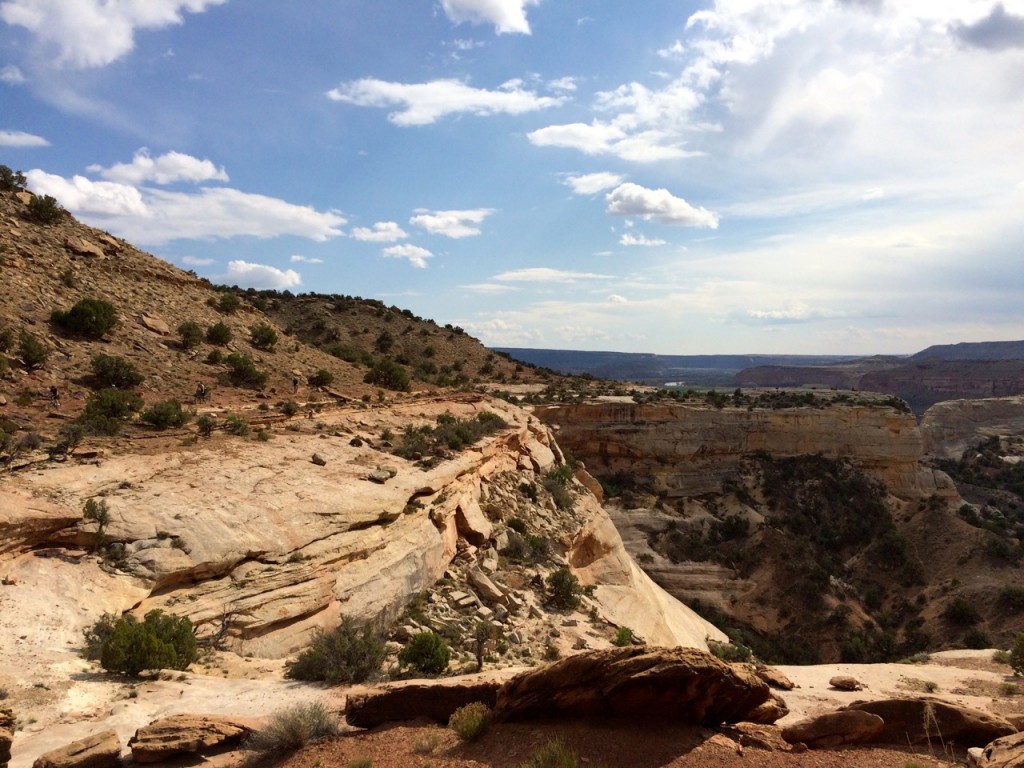 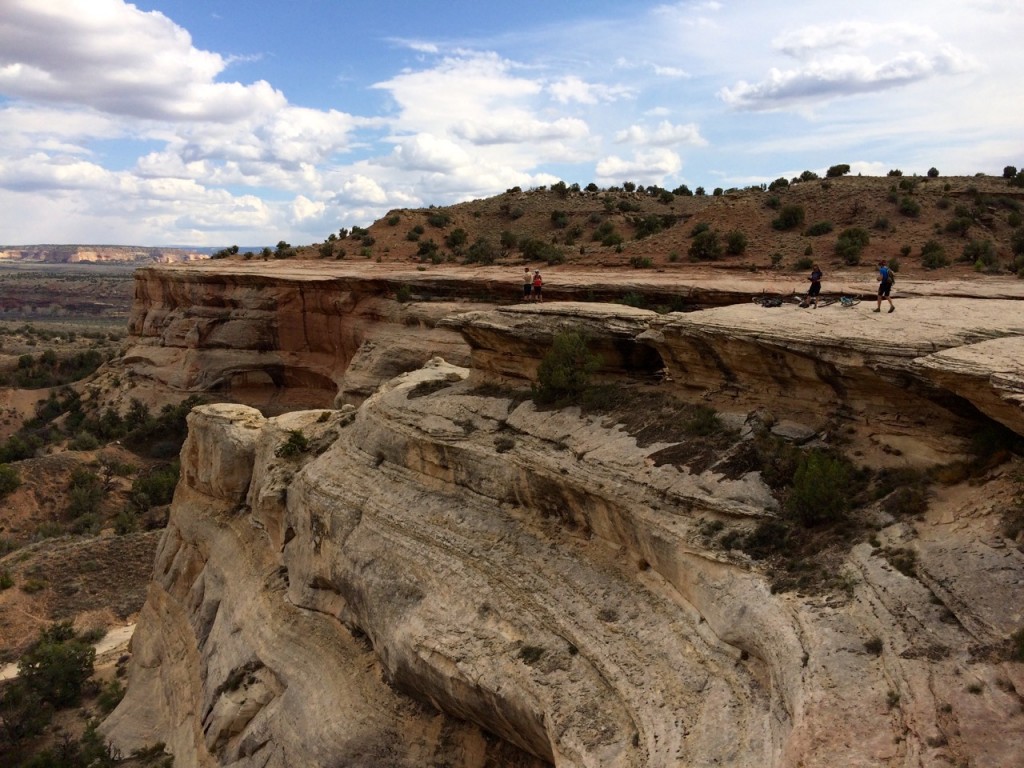 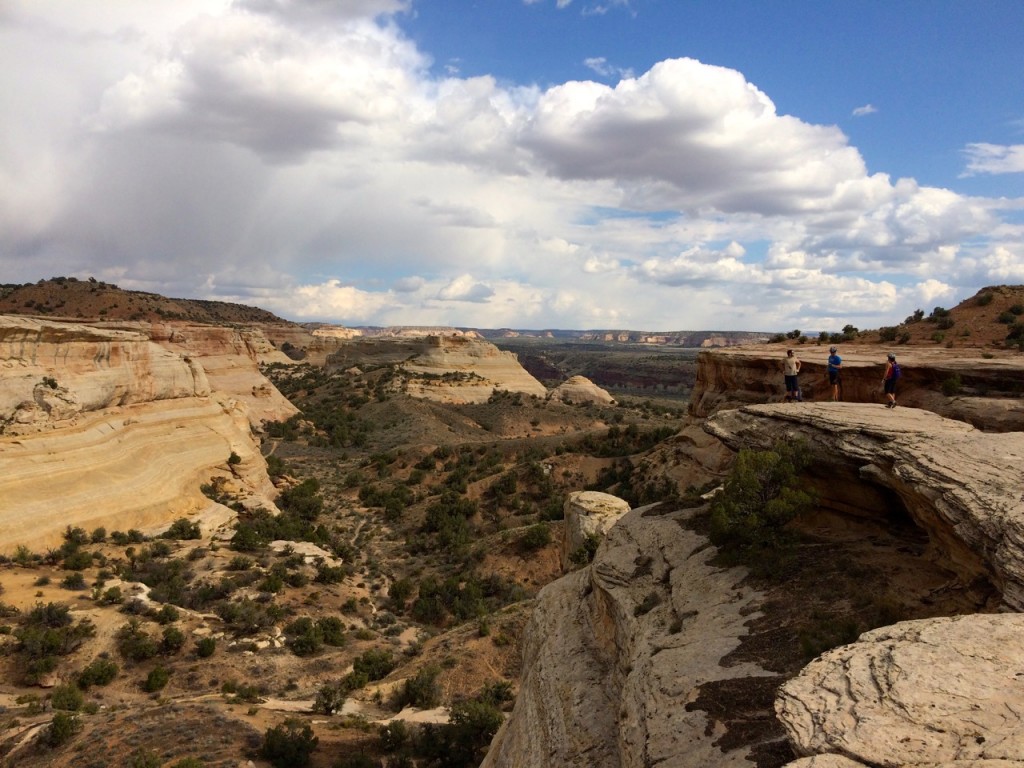 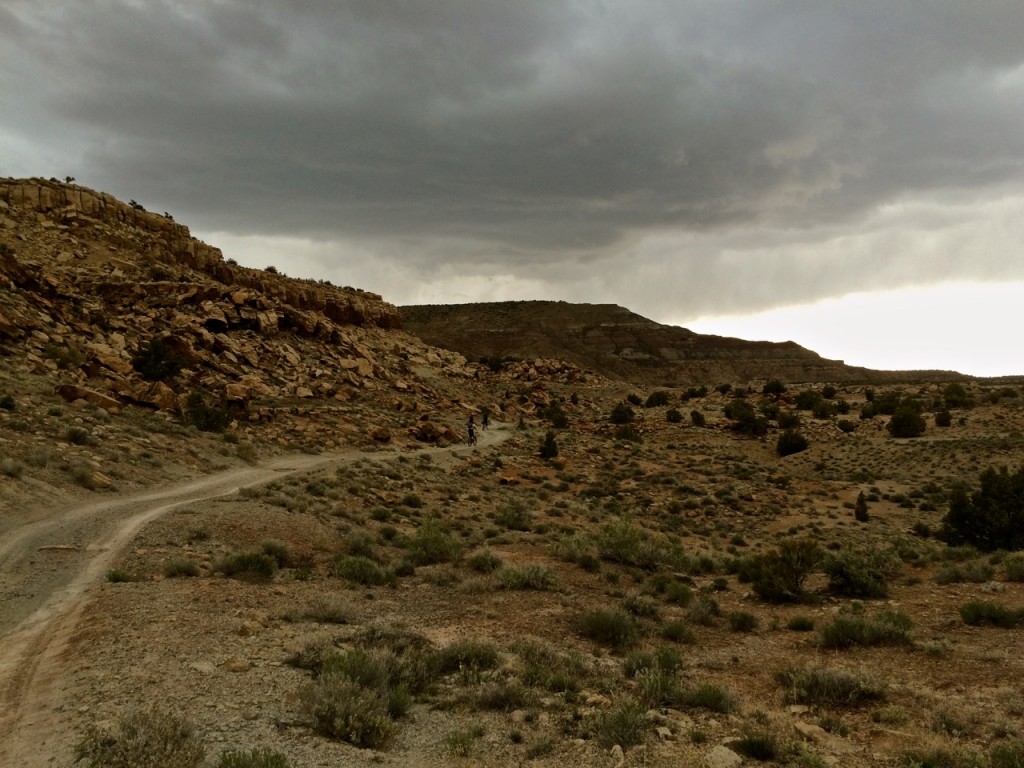 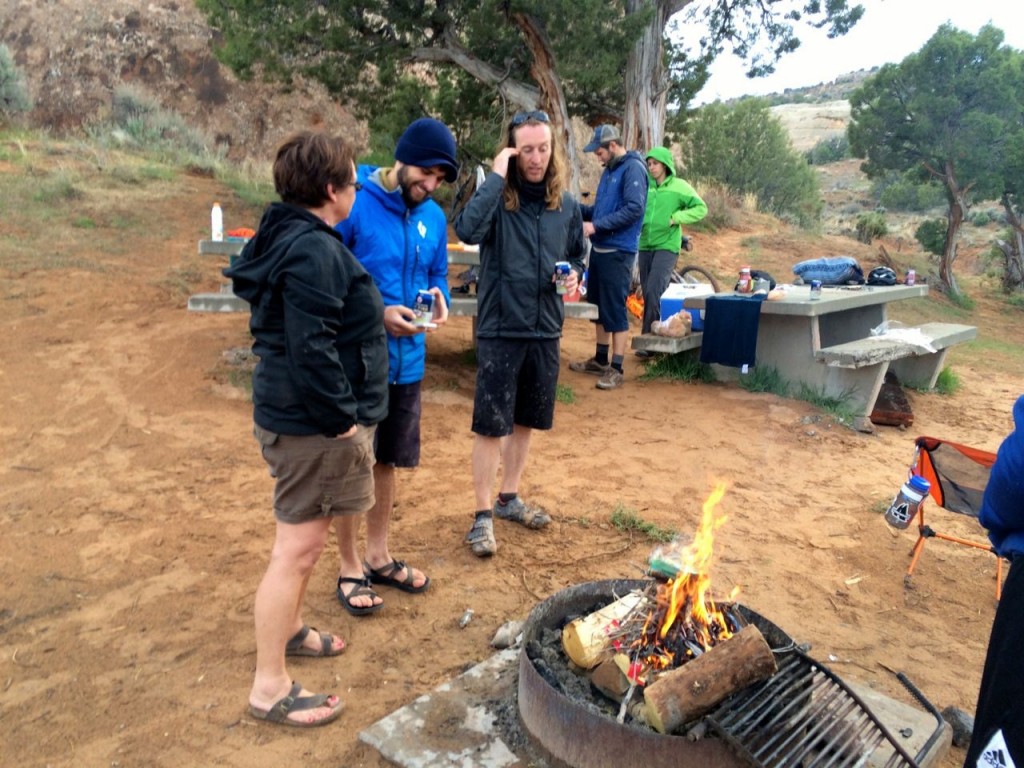 We had some local Fruita trails picked out for this morning before heading back to Grand Junction.  We rode Joe’s Ridge into Kessel Run, a flowy roller coaster of a ride with steep turns and plenty of high speed burms.  I must not have brought my camera along on these trails because the only photos I could find were of someone taking pictures of me napping.  After the ride it was back to Junction where we cleaned mud off everything, packed up, relaxed for the evening. 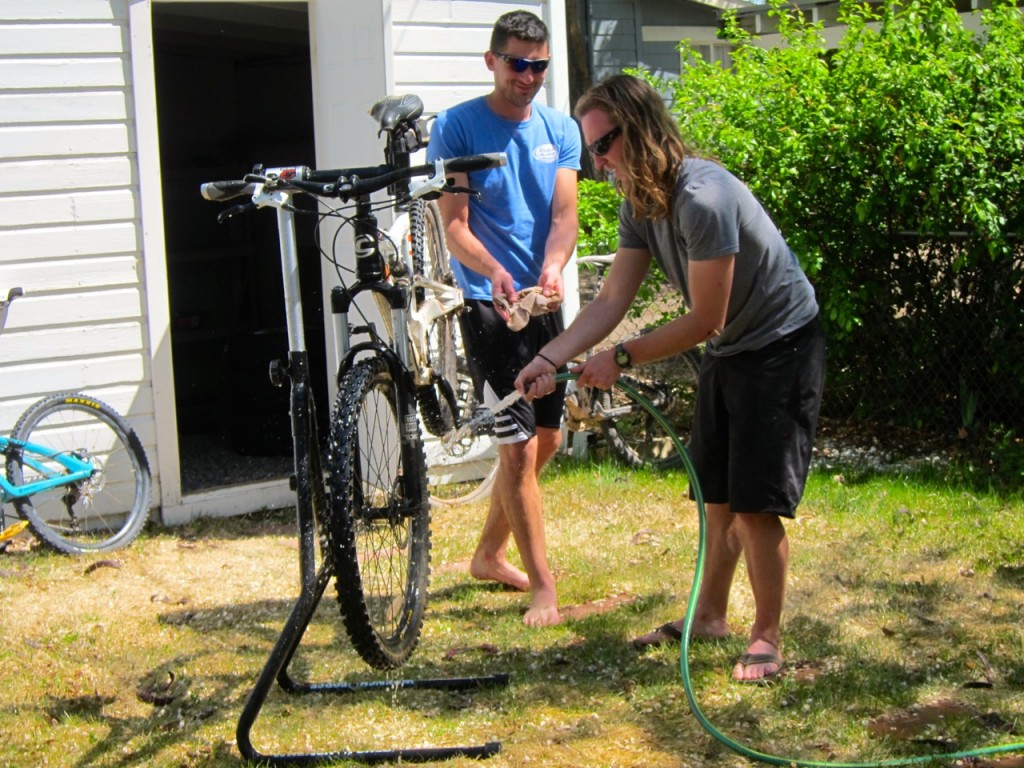 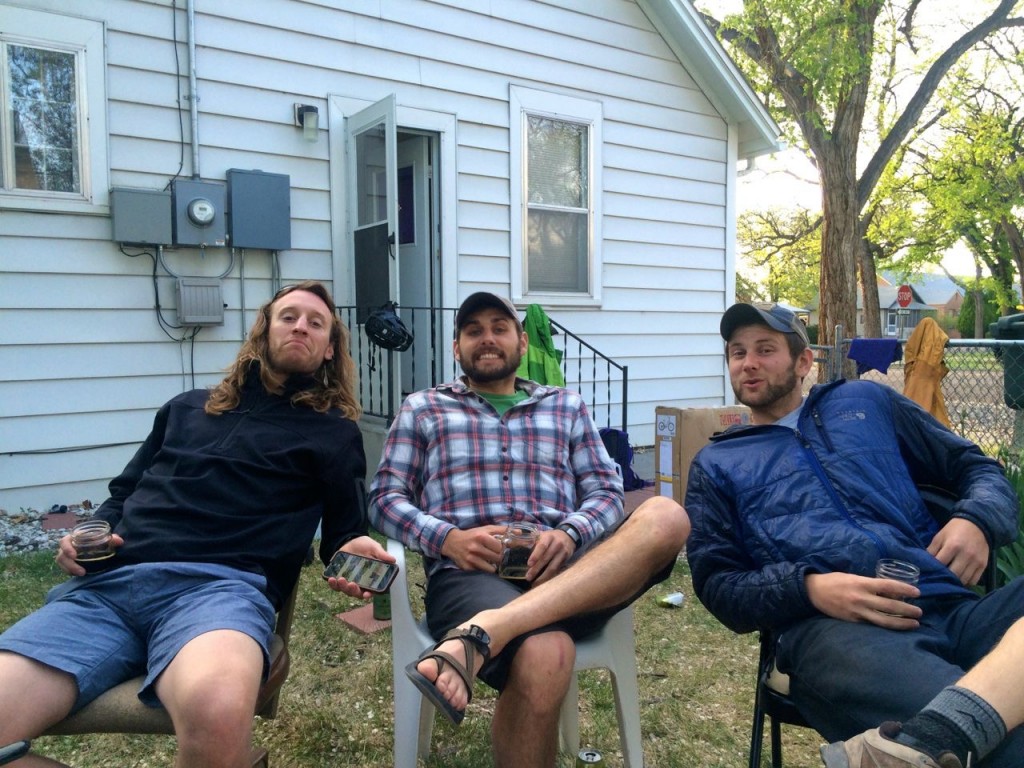 The next morning we put away several pots of coffee in the yard before finally heading our ways.  Luke flew back to LA, my parents to Minnesota, and I was riding with Dom to his place in Vegas where I could catch a $50 flight back to Reno/Tahoe.  Despite the weather the trip was a huge success.  I’ll be back, and I WILL ride Porcupine Rim!  Lots of fun things to do on the western slope!  Can’t wait to get the gang back together for the next (t)rip.

Wish you could have seen more on the Kokopelli Trail?  Well, on a ride prior to the planned trip Krista, Dennis, and I ran into Logan Watts.  Logan is the face behind Pedalling Nowhere (there is a face behind his epic beard).  Pedalling Nowhere is an amazing collection of bikepacking stories, routes, gear reviews, and occasional beer recommendations.  I’ve frequented his site for some time so it was a real treat to meet him in person.  He rode the Kokopelli about a week prior to our attempt and documented some of the trip on his website: http://www.pedalingnowhere.com/routes/kokopelli-trail-bikepacking-route/

Photo Cred:  I’m pretty sure there’s a mish-mash of photos I collected from about everyone… So photo props to the whole crew.