Rain and a shift in the winds cleared the skies today.  The plan was to try and ride to the “Bicycle Barn”, which is a couple who lets bikers camp out near their barn.  Someone had told Charlie about it the day before.  Things were on track for us to make it there, but in Okonogan Charlie and I were split up and I missed the turn to stay on Highway 20.  It wasn’t until 10 miles down the road while stopped to get some fresh peaches from a roadside stand that I figured this out.  So after rerouting and beginning the hot climb up Loup Loup Pass I eventually reconnected with Charlie who had took a long break before the 2nd climb of the pass to see if I showed up.

Loup Loup Pass really wore us down.  Perhaps because we’d already put in a decent number of miles (myself especially after the missed turn).  So instead of continuing on to the barn we had heard about we looked for camp options in Twisp.  The town was active with fire crews fighting fires in the area.  Coming over the pass was the first glimpse we had of the effects of the fires.  We asked a few locals about camping options in town and it seemed there wasn’t really anything available.  With all the fire crews staying in town, they didn’t think it would be a problem for us to put up a tent somewhere.  After looking around, we found a nice remote spot, made dinner and headed to bed. 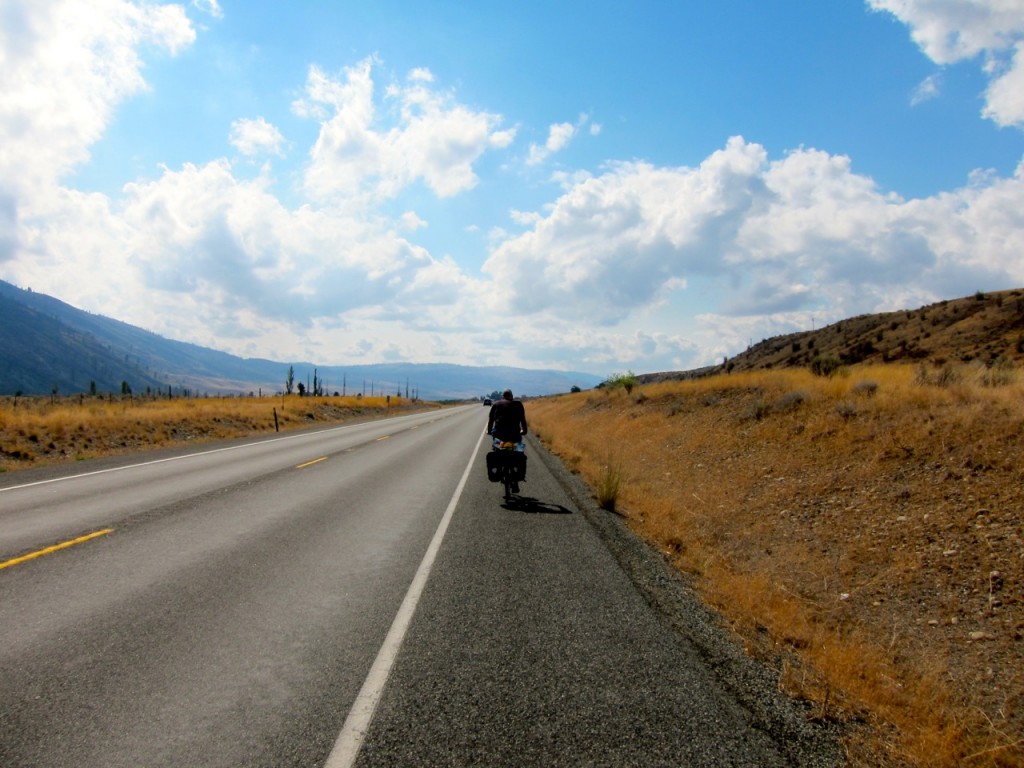 It rained started raining at 6 AM this morning and the forecast was looking like more rain for the rest of the day.  During a break in the rain we scrambled to pack everything up and head out.  After a quick coffee stop at the gas station we pressed on to Winthrop where we thought about taking the day to let the rain blow over.  Washington Pass was supposed to be beautiful and we wanted to see it.  Rain clouds would likely obstruct most of the views and wet roads make for a brake pad eating decent.  When we arrived at Winthrop it was raining pretty good again.  We took a pass through the grocery store and bought some food for lazing around… chips, salsa, etc.  We were sitting under the awning outside the store looking up some motel options in town when a couple, Vicki and Danny, came by and started chatting with us.  After talking to them about what we were up to they did a round with their car in the parking lot and pulled back up, inviting us to stay at their place.

I’m sure fortunate they invited us because it really came down today.  Their place was a great spot in the valley and they had an impressive garden which they picked from to make some tasty meals for us.  The weather forecast for tomorrow didn’t look much better, but to our delight Danny and Vicki invited us to stay another night.  It was a relaxing day… cards, great food, and great conversations. 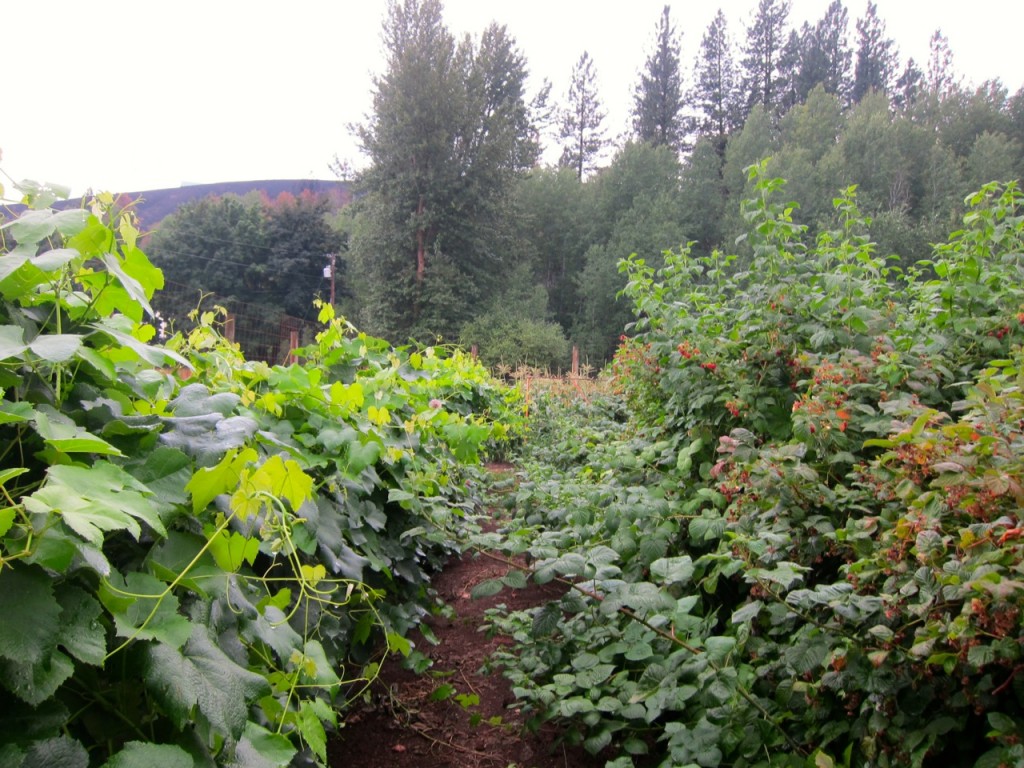 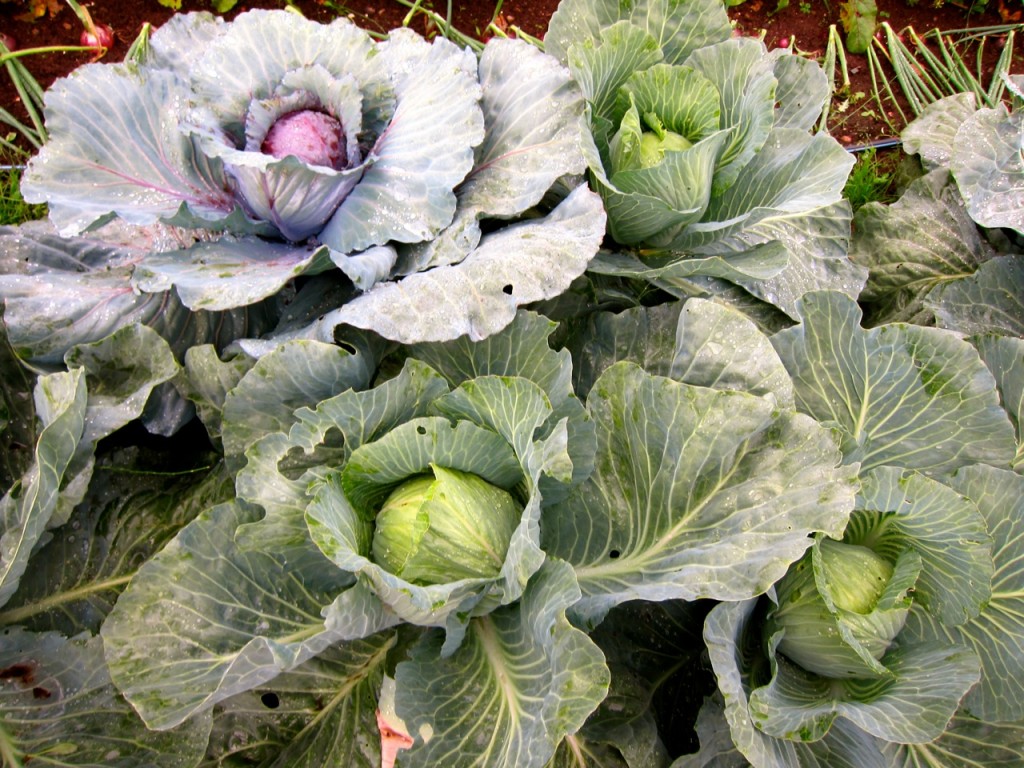 Summary
Miles:  10… rain day
Acts of Kindness:  3 – Danny and Vicki let Charlie and I stay with them on a whim.  Great hosts!  Good food and very entertaining.

After getting treated to some homemade smoothies and lattes Danny asked if we wanted to check out some of the area by mountain bike.  I was quick to say yes and I think after a bit of my enthusiasm Charlie agreed to go with.  Danny swung by the neighbors to get me a mountain bike to use… a sweet old school rigid Raleigh.  Danny doesn’t look it, but he tells me he’s 66 years old.  This guy flies on the bike!  Charlie and I were pretty much left in the dust on every hill.

After witnessing some of the burned land and homes nearby on our ride Charlie and I got some laundry done and got the tents out to dry.  We got a good movie night in after another great dinner before retiring to bed.  Great rest days with Vicki and Danny. 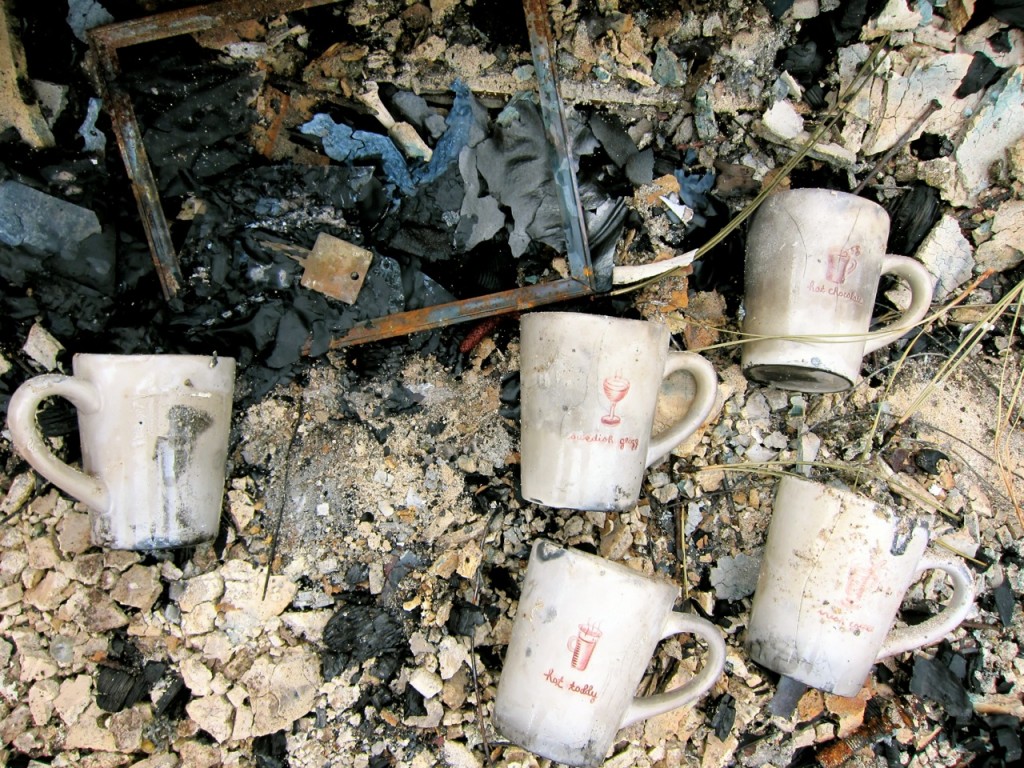 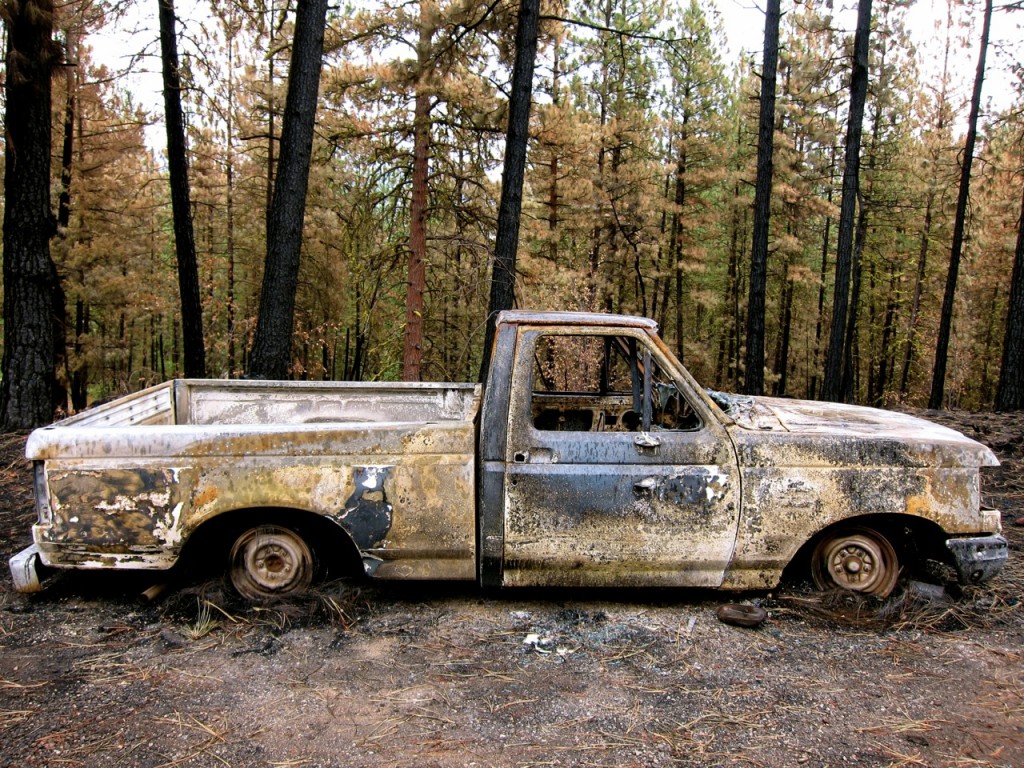 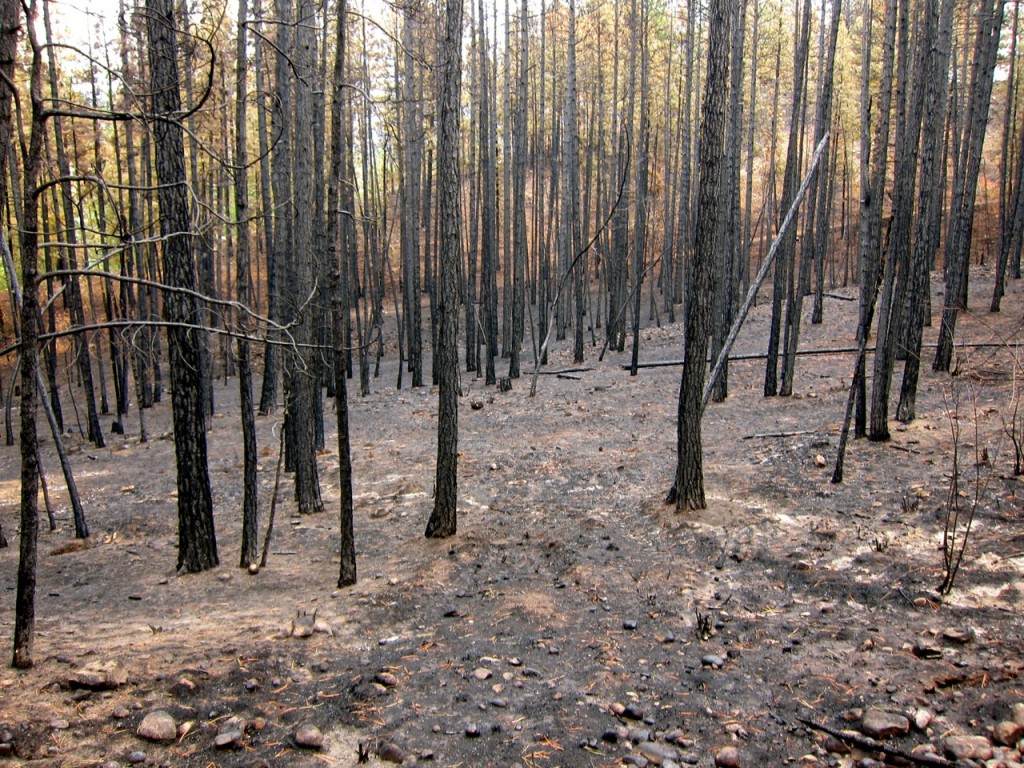 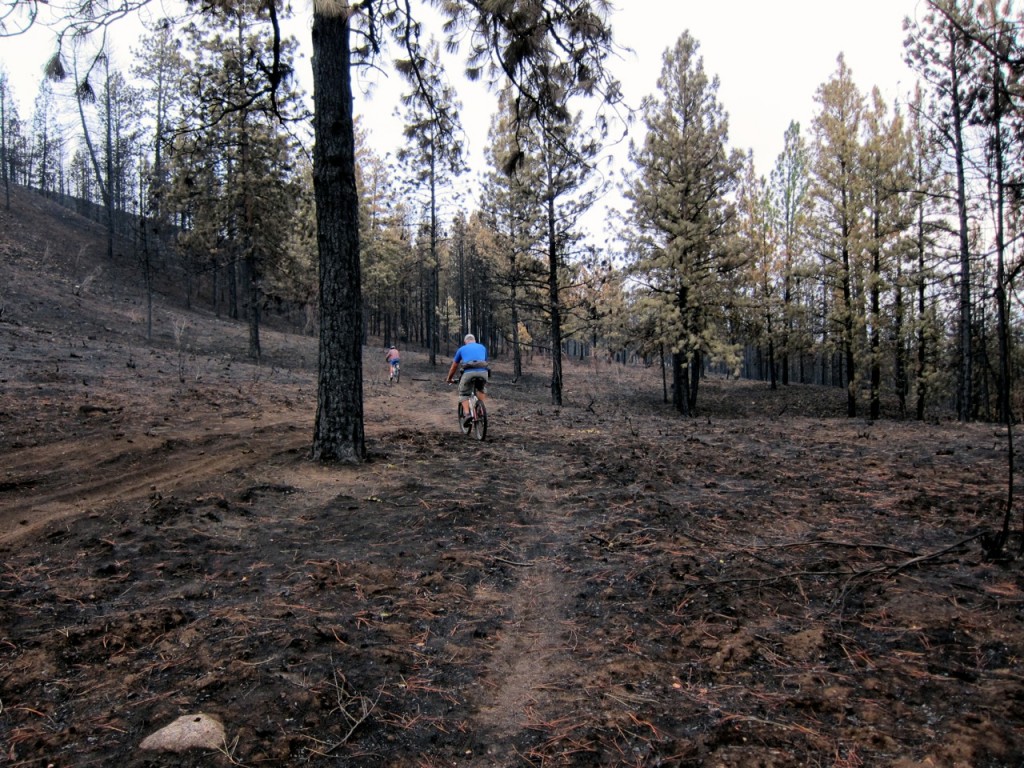 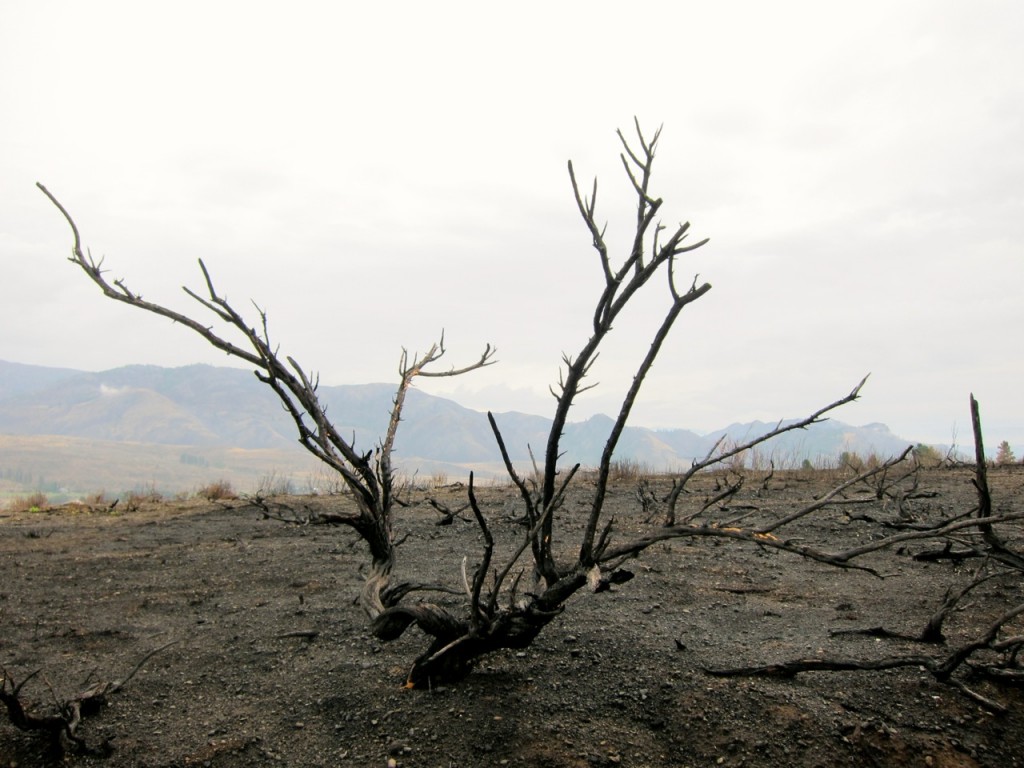 It was time to say goodbye to our hosts and hit the road again.  The skies were clear and the mountains were calling.  Today’s riding was phenomenal to say the least.  Jagged peaks, towering cliffs, and large evergreens lined the valley.  I’d have a hard time ranking which was better… Logan Pass in Glacier or Washington Pass.  One thing Washington Pass definitely had going for it was that it was a less busy (even on a Saturday).  We spent a good three hours climbing the pass… I climbed ahead of Charlie and waited for him on the top of the pass while enjoying lunch.  We split again at lunch only to meet up again at another scenic overlook on the descent.  We continued on again together, coasting at 30+ mph down along the mountain side down to Diablo Lake and on to Newhalem Campground.

Daylight was slipping away as we descended further down the west side of the pass.  I decided against pushing ahead to Marblemount, so Charlie and I looked for camping options together in Newhalem.  All the campgrounds were full, but a ranger told us to go ahead and camp at a picnic area in one of the campgrounds.  Charlie and I enjoyed our final night of bad radio music, dinner, and travel tales before retiring to bed.  Now that I think about it, I don’t think I’ve filled you in on Charlie’s travels.  Just in this trip he’s traveled almost 25,000 miles traveling back and forth across different latitudes of the US.  But before this trip he has travelled many different parts of the world… Alaska to the southern point of Argentina, South Africa up the Eastern coast of Africa, India, Australia, New Zealand, and more.  I believe he said he’s been to 103 countries since he started touring 14 years ago.  If I remember right, he’s put 150,000 miles on this latest bike which he bought in South Korea.  Proof that if you have the will to travel, it really doesn’t matter what you use to do it, but that you just do it.  Charlie is definitely one of the most interesting people I’ve met with an incredible insight of different cultures around the world.  Never a dull conversation.  I’m glad he found me interesting enough to let me tag along for a while.  Wishing Charlie well as he finishes his tour around the states and wherever his bike takes him next! 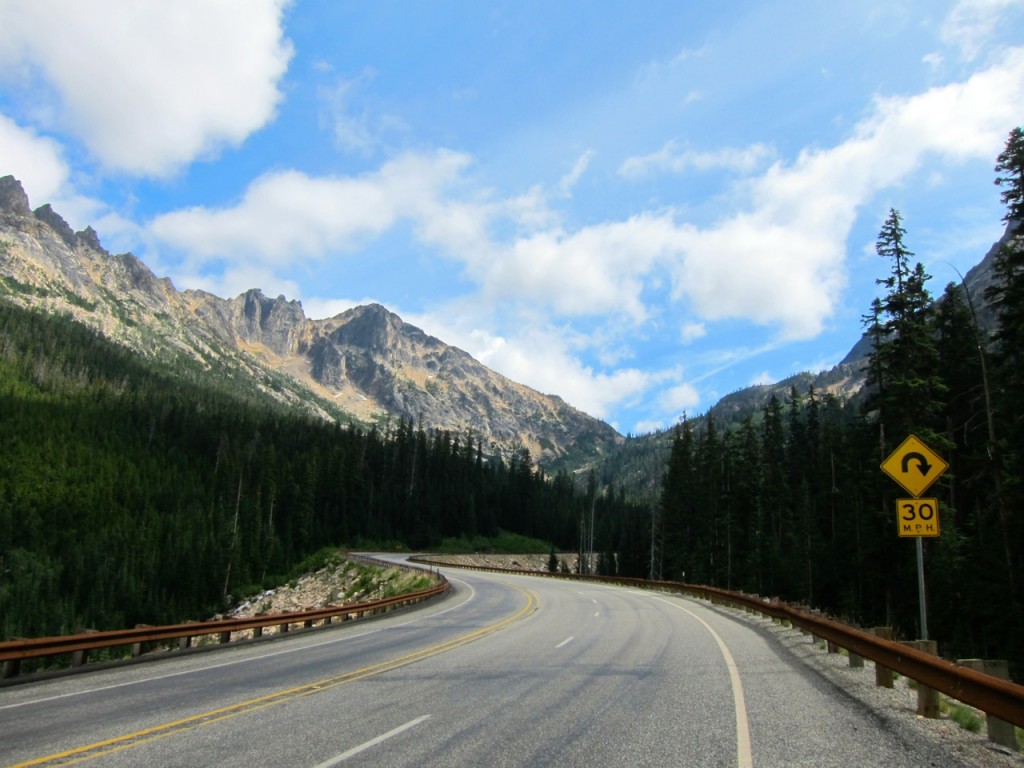 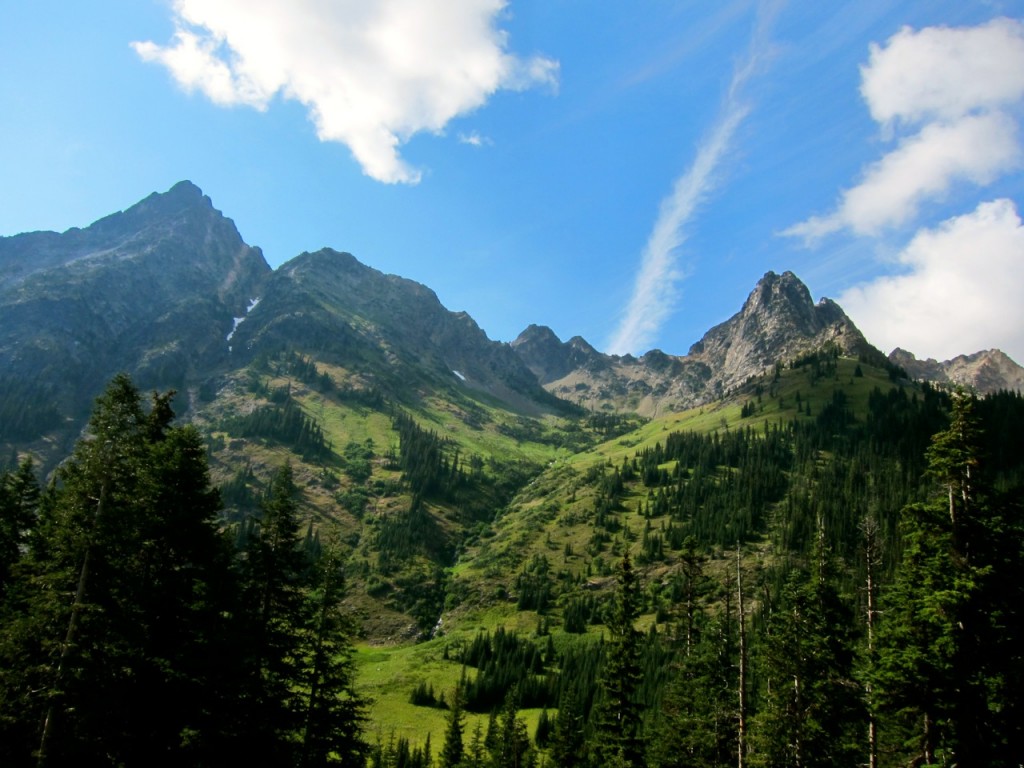 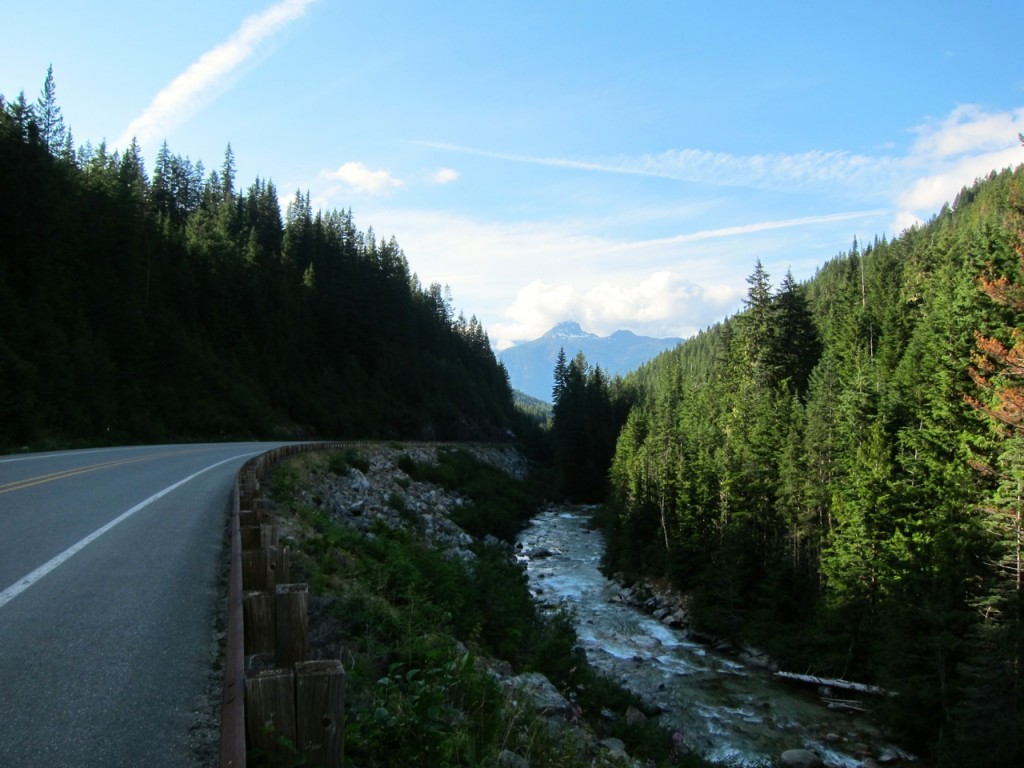 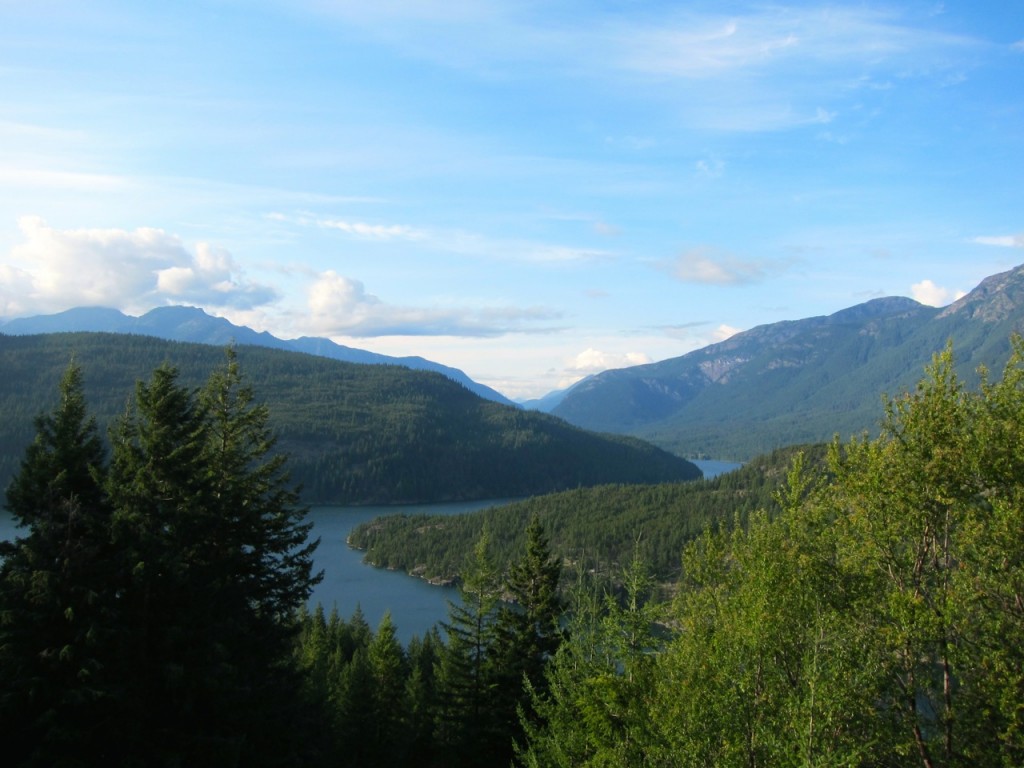 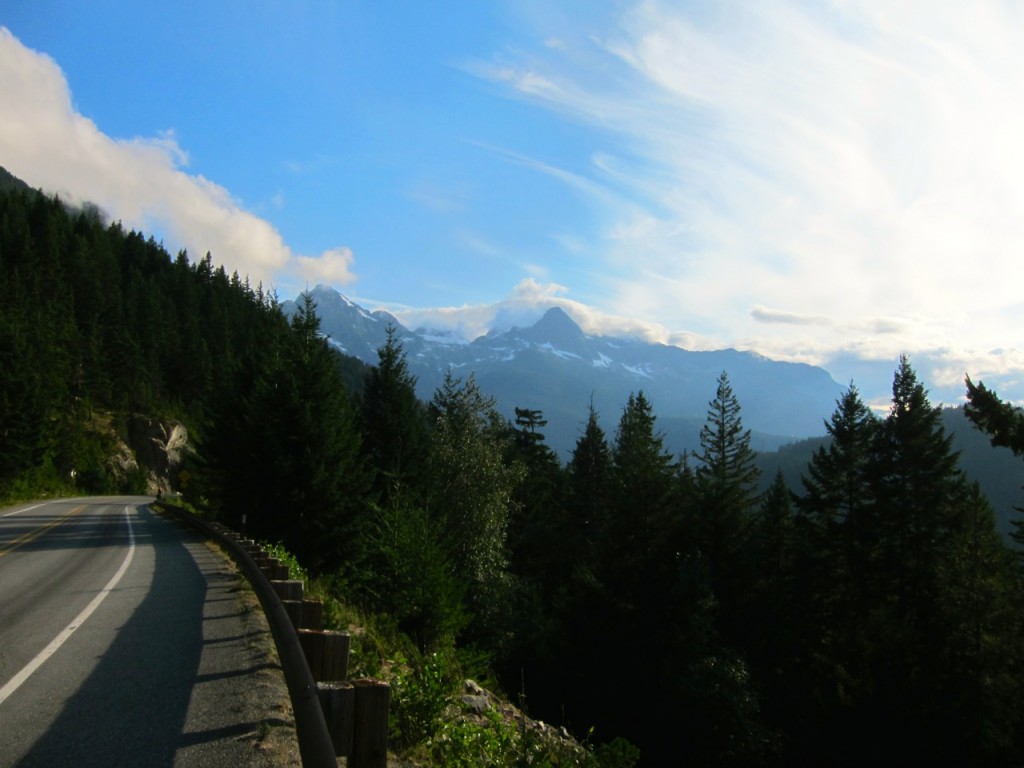 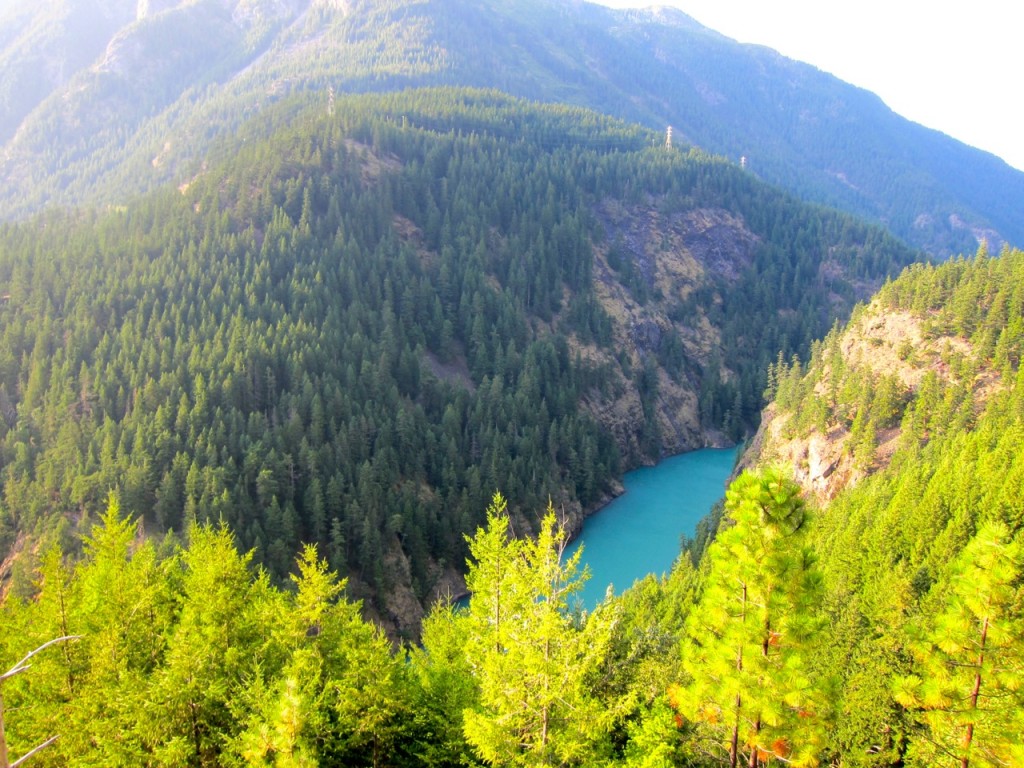 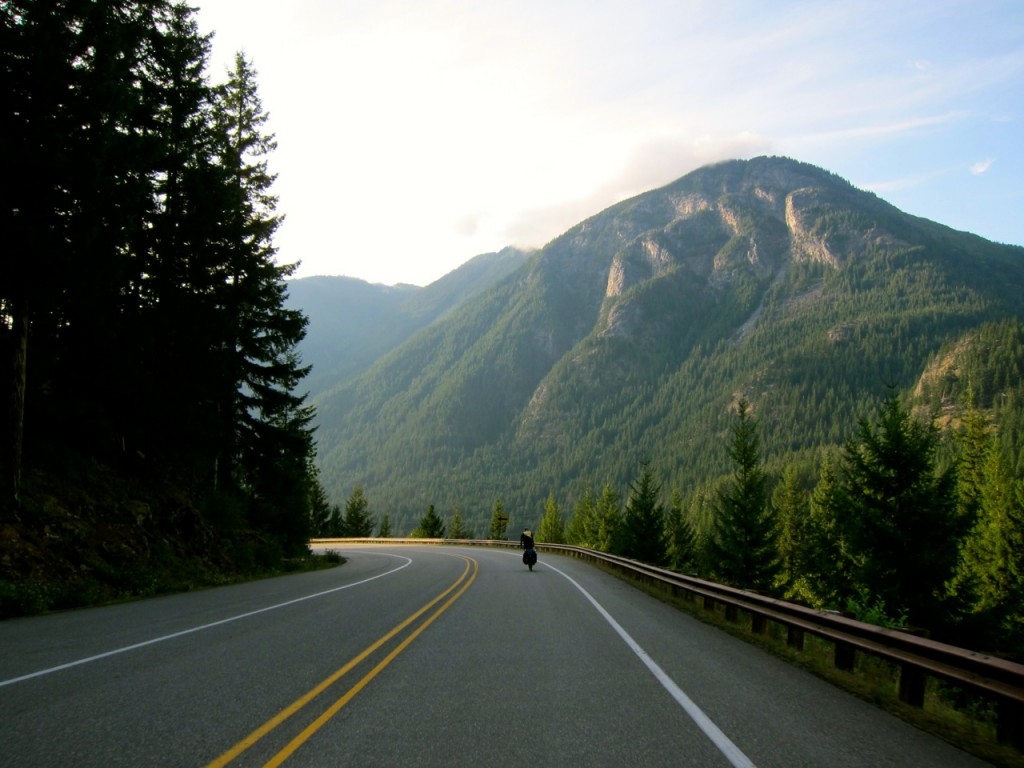 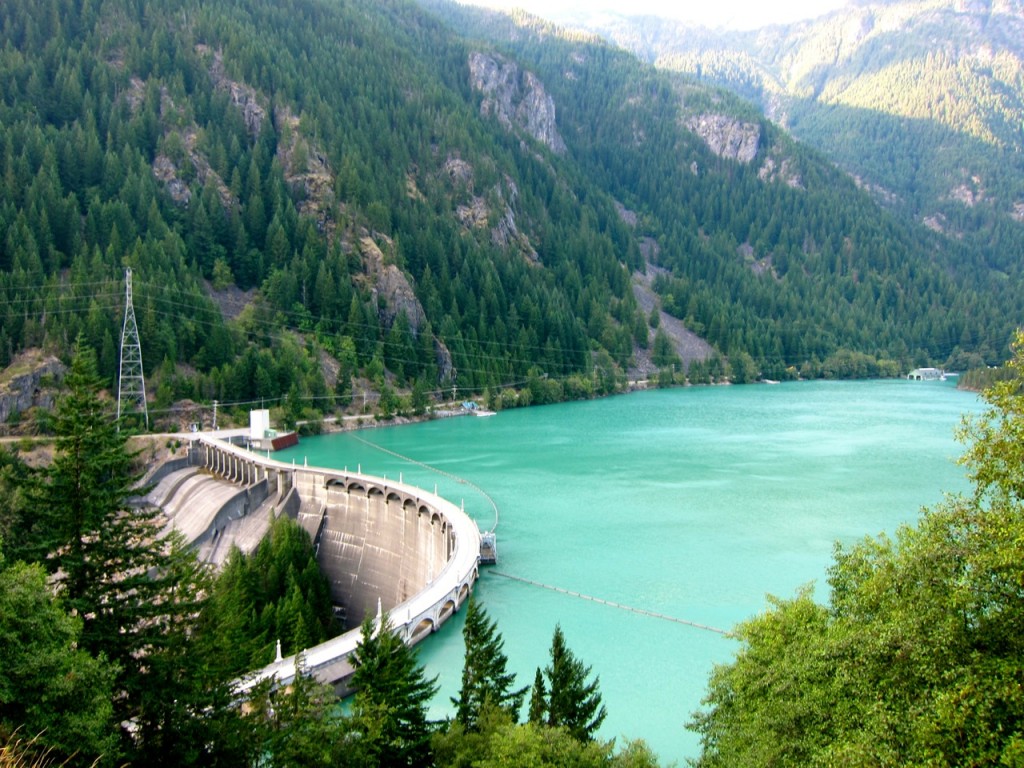 Summary
Miles: 84
Acts of Kindness:  4 – Breakfast and coffee before heading out from Danny and Vicki’s place; Free blueberries from a family in a van who chatted with me at a scenic overlook near Washington Pass; Free beer offer from the climbers; Ranger let us camp in a picnic spot for free since the campground was full.

Last day of riding for the trip… Bellingham was about 85 miles away and Charlie and I planned to split in Sedro-Woolley.  We had a little bit of downhill left before things flattened out.  We grabbed a few snacks and a coffee in the next town and talked to a couple on a Harley.  They gave us the rest of their peanuts to snack on as they headed out.  In Sedro-Woolley we stopped for lunch and I gave Charlie my map for the rest of his ride west.  Soon my sister Krista and her boyfriend Dennis showed up and a couple minutes after them Adam Zabler pulled up on his road bike.  He had text me just a half hour or so earlier saying he was going to ride the last segment with me.  Luckily we were able to coordinate my last minute route change to skip Anacortes and head to Bellingham.  Both cities are technically in a straight or bay so I figured why not just head to Bellingham.  It’s still saltwater so close enough!  Though I may still make a short trip out to the islands west of Bellingham to do a mini tour.

Charlie and I said our goodbyes and Adam and I continued on towards Bellingham.  Highway 20 was pretty busy today, so it was nice to get on some backroads with Adam.  It was great to have Adam along!  He kept me moving at a decent pace into town.  Krista and Dennis followed ahead in the car, stopping at turns to direct us the right way and of course Krista had to get out of the car to cheer and do some sort of jig as we passed by.  She really wanted to ride the last couple of days with me, but unfortunately sprained her ankle less than a week before.  Still, she stubbornly insisted on riding the last few miles in with me.  So that she did.  Before long I was on familiar paths in Bellingham with Bellingham Bay in view.  It’s a funny feeling to have arrived.  A monumental feat (for me anyways) that ends with the simple dipping of my front tire in the salt water… 5500 miles from where I began.  Lots of thoughts pop into my head about what adventures await and what’s next, but that can wait.  For now I’ll relax and enjoy the great company in Bellingham. 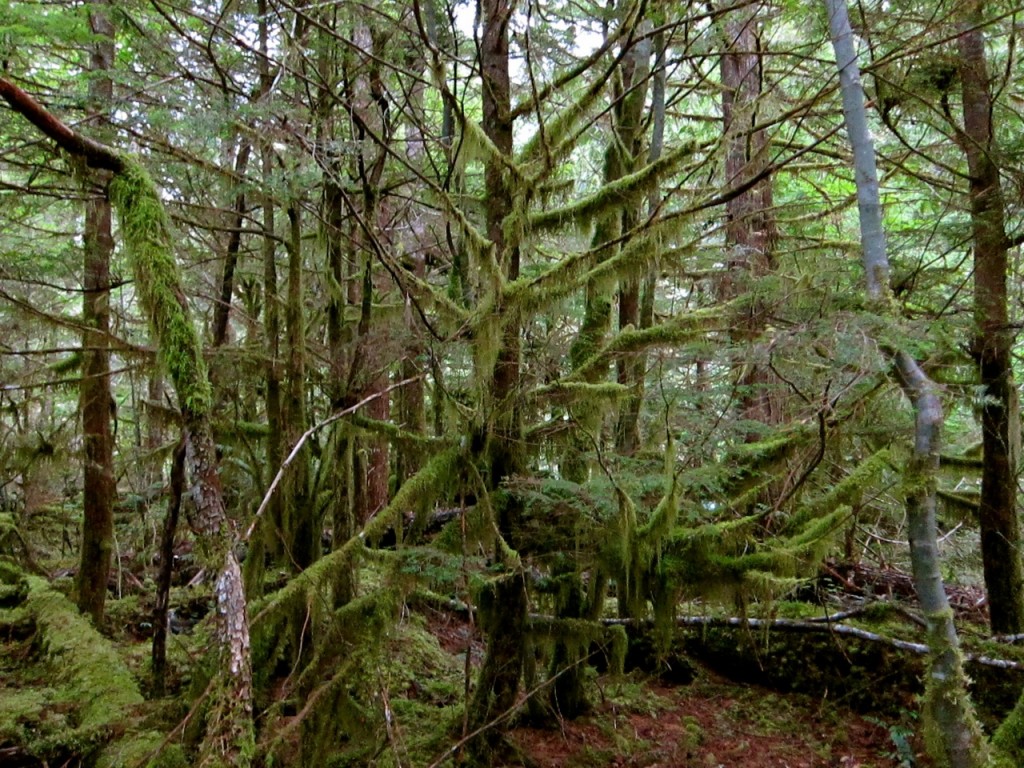 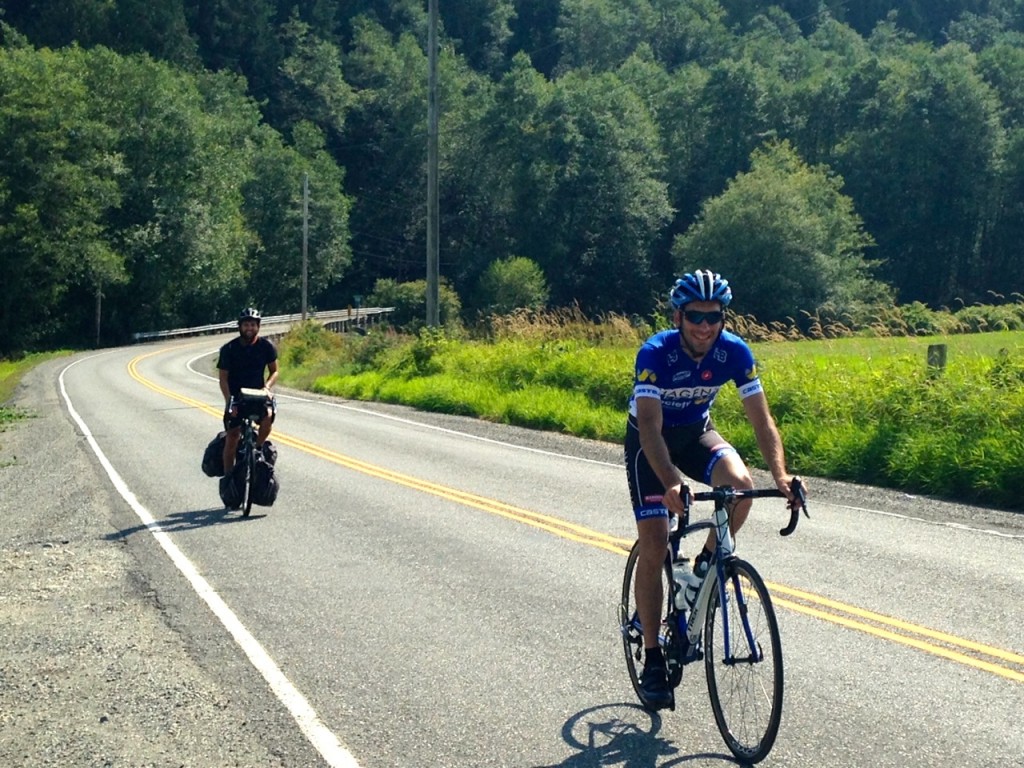 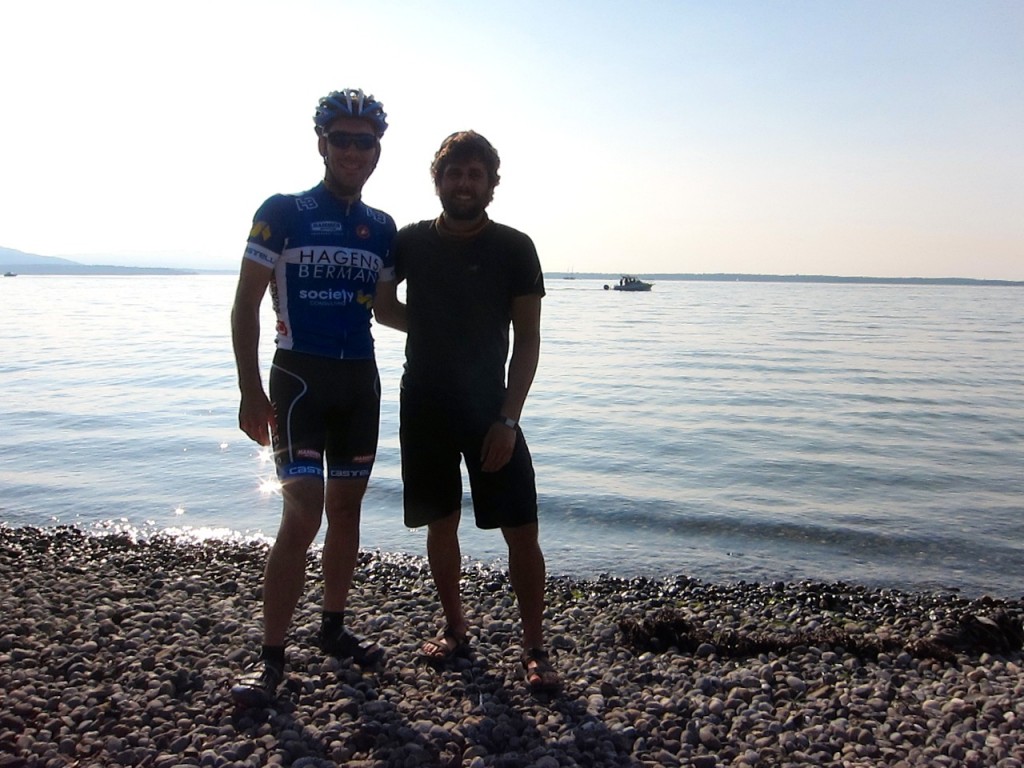 *Note – crash literally and figuratively… I had a decent spill the day after finishing my tour that rattled my mellon pretty good.  So… definitely relaxing this week.  Feeling good though and quickly recovering.

Thanks to all who’ve been following and the support along the way.  It’s been an amazing trip and I can’t say enough good things about the hospitality of the American people along the way.  The U.S. has an incredible variety of climates and geography.  I don’t think I could truly appreciate them the same as from the inside of a car.  You are very approachable on a bike and it’s amazing how many things seem to happen to you on a daily basis.  I’m surprised how much of that I seem to remember, but probably because almost everyday is such a new experience.  By bike, every mountain top is a view struggled to see.  To me, pushing on the accelerator to get to the top doesn’t yield the same satisfaction and sense of accomplishment.  Still, there are many great ways to travel and having a curious mind and the ability to find an adventure about anywhere will make your travels great.

I don’t think I could have dreamed up a better trip.  It has been the greatest way I’ve ever gone about seeing the country… and honestly I’d love to see more of the world in a similar fashion.  Keep an eye out for some sort of trip recap in the coming week.